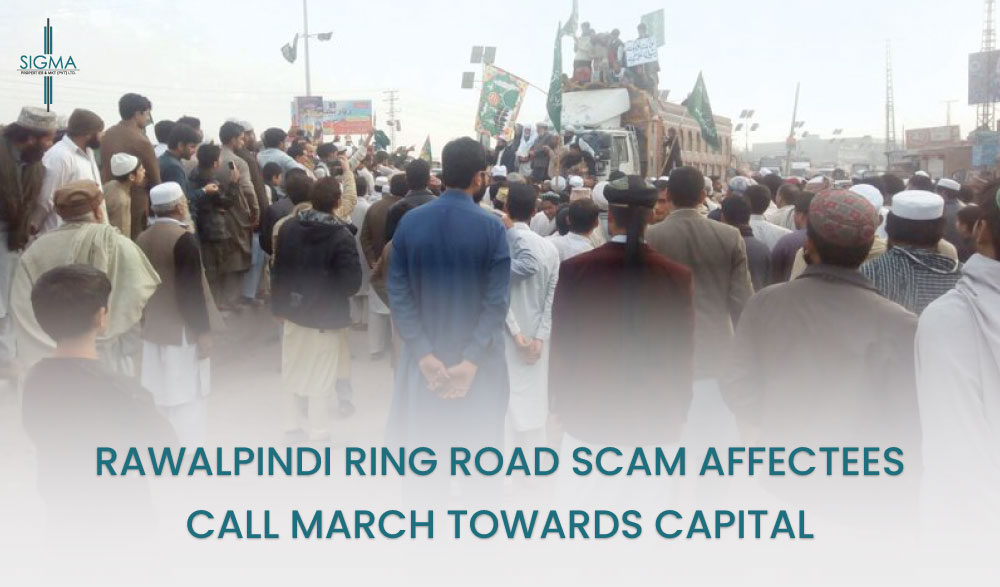 Rawalpindi ring road scam, the affectees call for March towards the Capital

The source said that affectees from the Ring Road scam are not satisfied with the investigation team, and they demanded judiciary inquiry for the project to find flaws and take necessary action. The news reporter added if their demands were not approved, the affectees would call for March to block the Capital. Syed Fayaz Hussain, Rawalpindi Ring Road Action Committee Chairman, demanded the parliamentary commission to investigate the Mega Project scam.

The affectees asked for the commission to look after the matter, and also, they should be made part of that commission. Sources said that they rejected the administrative committee, which was to examine the scam.

Members of the committee demanded that with the collaboration of the landowners, the land acquired for Ring Road should be revisited, and a new map of the project should be considered.

They added further that they were screwed, and they said that there were, for the residents of housing societies along with GT Road and Link Road, given Rs.2 million per Kanal, and the rate which was fixed for them was 150000 per marla.

The affectees called for March and warned if they are not given any heed, they will go for protest, and all the routes to the Capital would be blocked.

Why do they want to march toward the Capital?

According to official findings, it is becoming viral that 34 renowned builders and 18 politically connected folks have acquired 64000 kanals of land in certain deals in areas connected to Rawalpindi/ Attock loop, Paswal Zigzag, GT Road, and Islamabad Margala Avenue, The news. The affectees Rawal Pindi Ring Road Rcam wanted to probe into the matter and get them their rights, but they were not satisfied with the inquiry commission and demanded judiciary and parliamentary commission.