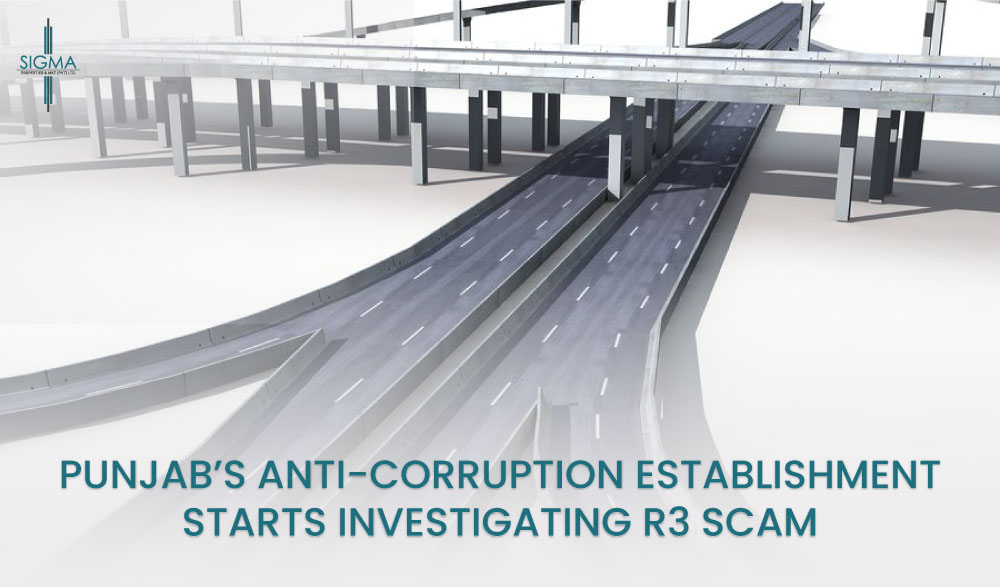 On Monday, it was announced that the Anti Corruption Establishment, Punjab, decided to investigate the Rawalpindi Ring Road Project, news report.

It is learned from the department’s spoke person that Mohammad Gohar, Director General Anti-Corruption, has deployed a team of experts, including legal, technical, and economics, to investigate the matter.

The spoke person further added that the team had started to look into the scam, and after the investigation, the report would be published publicly. The political folks have been part of the news due to the fraud in the Rawalpindi Ring Road. The damning allegation caused  Zulfi Bukhari, whose name was mentioned in the report, to resign as SAPM.

Since its construction in 2017, it has been claimed that 130 billion have been made in property deals parts of Rawalpindi Ring Road. It is shown in an initial inquiry set out for the scam investigation.

According to official finings, it is becoming viral that 34 renowned builders and 18 politically connected folks have acquired 64000 kanals of land in certain deals in areas connected to Rawalpindi/ Attock loop, Paswal Zigzag, GT Road, and Islamabad Margala Avenue, The news.

It is whispered that this land would have cost double once the Rawalpindi Ring Road project started. The news said that those 52 people, directly or indirectly, collectively had bought 63868 kanals of land worth Rs.31 billion by paying to real owners, the statement found in official records. Some portions of land lawfully grabbed in the last four years.

The official revealed that the housing societies and property tycoons had sold around 0.32 million files/pledges of plots by generating about Rs.131 billion from clients. The dealers have to pay tax against 67% of the lands deals, which is equal to Rs.1.7 billion, the reporters added. Approximately 60% of builders and housing societies did not fulfill the basic criteria of registration.  It is revealed from the discussions and interviews with senior officials of RDA, CDA, and Attock/ Rawalpindi/ ICT administration that on 10% to 30% down payment in the market, hundreds and thousands of registrations were being sold to purchasing investors and potential buyers.