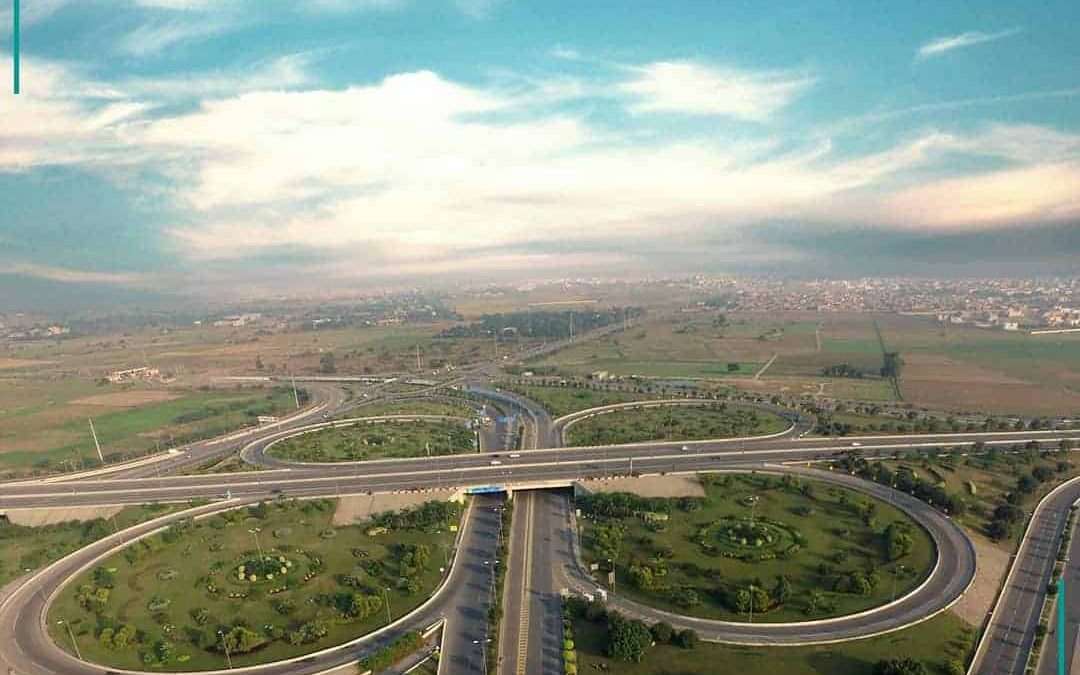 Punjab government has approved the project of Rawalpindi Ring Road on Tuesday, October 6, 2020. As per the new plan 10 residential and commercial zones have been added to the project as well as a dry port, an expo center, a hospital, transport terminals, vegetable, cow and fruit markets.

Among other projects, the mentioned details including a dry port equipped with up-to-date facilities, a well-built hospital, an international expo center, public transport terminals, fruits, vegetables and cow markets. The general public hearing of the Ring Road project is going to be administered on October 19, 2020.

The 300-foot wide Ring Road will have 3 link roads i.e. Link(1) is Rawat Link which will be 12.5 kilometers long, Link (2) Girja Road and Link (3) Fateh Jang to GT Road is going to be 1.5 kilometers and 6.5 kilometers long. This proper technique between the patch connecting Girja Road and Thalian Interchange is going to be 60 feet and 90 feet wide. There might or might not be some technical changes within the final design because the Rawalpindi Ring Road practicability study was completed in 2017.

Many housing schemes just like the Capital Smart City, Bahria Orchard and many others are being built. These housing schemes will need a Ring road route for smooth traffic flow. According to the current Master plan, Rawalpindi Ring Road will begin from Radio Pakistan and GT Road. It will be connected to Thalian Interchange-Lahore-Islamabad Motorway by touching Capital smart city. One Route is extended to the Islamabad International Airport. Meanwhile, 2 links are going to be extended to sector I-8 Islamabad and Adyala Road at the same time.

Ring Road Rawalpindi is going to be constructed in By-pass design. The project overall includes 6 flyovers, 3 interchanges and 10 overhead bridges. The total length of Main Rawalpindi Ring Road planned to be 55 kilometers. Several link roads are going to be attached to it.

Previously, it has been planned to start out from Chani Sher Alam Bridge. Because of the project price, it has reduced the length. A link road from Tarnol and Rawat is going to be constructed by the National Highway Authority (NHA).

According to the Rawalpindi Development Authority (RDA) chairman Tariq Murtaza, 65.6 kilometers (km) long Ring Road will have six lanes on all sides just like the motorway and roads would be developed on the main road, whereas RDA would plant 0.15 million trees on the whole route of the signal-free corridor.