Most Expensive Residential Area in Pakistan 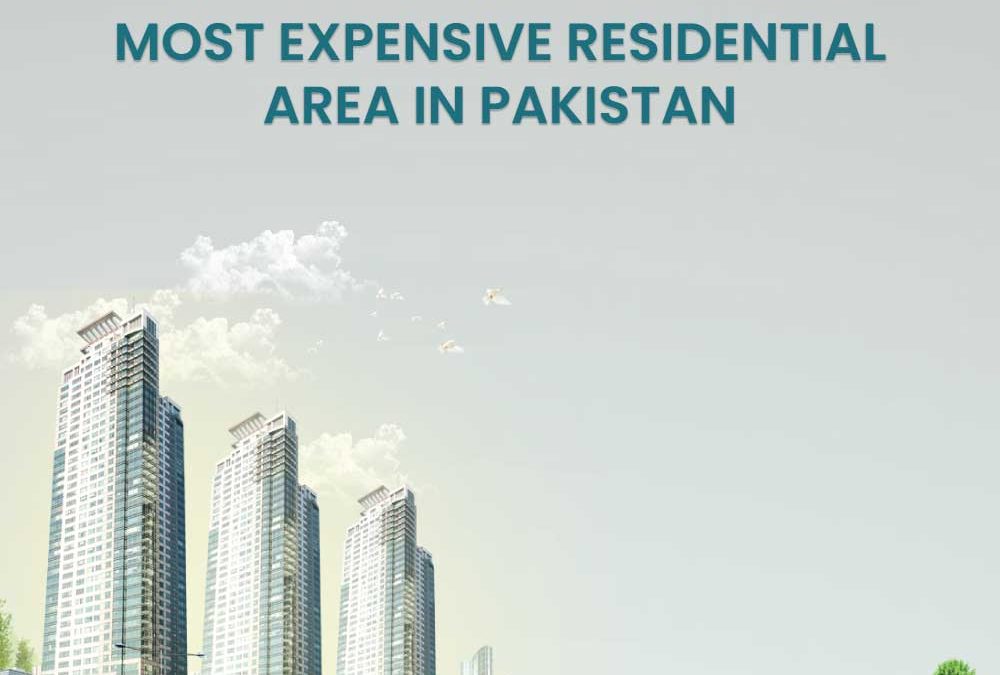 Most Expensive Residential Area in Pakistan

.. Let us go through the prime residential area investments in Lahore, Islamabad and Rawalpindi.

Most Expensive Residential Area in Lahore

Lahore is Pakistan’s largest city as well as Pakistan’s wealthiest cities with an approximate GDP of $84 billion in 2019. The Walled City, the prominent Badshahi and Wazir Khan Mosques, as well as several Sikh and Sufi shrines, are all located in the city, which generates a large portion of Pakistan’s tourism business.

The top most expensive residential areas in Lahore are as follows:

Lahore Smart City contains the most expensive residential area in Lahore and indeed the very best. It is an unrivalled project by the Future Development Holdings Limited also known as FDHL and Habib Rafique (Pvt.). The foundation of this housing society has been laid with the objective of providing modernity, tranquility and stability to the citizens of Pakistan. Soon it will become the first smart city of Lahore and the second in Pakistan after the Capital Smart City.

This LDA approved lodging society is designed in such a way that it creates a resilient societal atmosphere, allowing residents to experience a sensual and tranquil society that has the potential to develop into a platform for industrial, leisure, and residential opportunities.

Park View City Lahore is one of the Vision Group’s most promising housing projects. Aleem Khan is the founder of the Vision Group and a member of Pakistan’s ruling party, the Pakistan Tehreek-e-Insaf (PTI). In the year 2012, the Vision Group began creating and inspiring others towards the real estate industry. They quickly earned a trustable reputation. They have completed a number of high-end real estate projects in Pakistan’s major cities, including Lahore and Islamabad.

It is the most expensive residential area in Lahore as well as the finest. Park View Society’s villas have an elegant interior with detailed finishing and ample living space. New greenery and spectacular refreshing scenarios cover the entire area of villas. 5% of the overall land area is devoted to green fields and parks.

Most Expensive Residential Area in Islamabad

Islamabad is a clean, spacious and quiet city. The Shakarparian and Margalla Hills are two of the city’s most well-known parks and forests. The Faisal Mosque, is a prominent landmark. It is South Asia’s largest mosque and the fifth largest in the world.

The top most expensive residential areas in Islamabad are as follows:

The Discovery Gardens Islamabad is among the most prestigious projects in Islamabad. It has obtained the interest of investors and clients as well due to its uniquely designed villas and lush greenery. The Falaknaz Group and the All Pakistan Builders Association are the developers of this brilliant project.

The Discovery Gardens Islamabad Housing Scheme is located alongside Capital Smart City, Top City, and other well-known housing societies on the Islamabad-Lahore Highway. It is at a 15-minute drive from the New Islamabad International Airport. It is just 3 kilometers from the Rawalpindi Ring Road.

Discovery Gardens Islamabad is aiming to provide natural beauty in the form of beautiful central parks, lush greenery, and a serene atmosphere to give your life a rustic feel. Residents of Discovery Garden Islamabad can also enjoy high-end facilities such as themed parks, five-star hotels, riding clubs, botanical gardens, and other modern conveniences.

The Eighteen Islamabad is a rising star in the sky of real estate, it is truly the most illustrious and expensive residential area in Islamabad. Tarek Hamdy is the CEO of Eighteen, an ambitious real estate project that will be the Orascom Construction Industries’ flagship project in Pakistan. Orascom is a publicly traded Egyptian construction company owned by the Sawiris family, one of the wealthiest family in Egypt. Kohistan Builders and Saif Group Ora Developers are also collaborating on the project.

Eighteen Islamabad will become Pakistan’s most exclusive and posh housing developments, with an effective rate of about 2 billion dollars. The society promises to provide the citizens with world-class services and luxuries.

Most Expensive Residential Area in Rawalpindi

The city of Rawalpindi is the epicentre of all economic, manufacturing, and military activity in Pakistan. It is in proximity to Islamabad. Islamabad and Rawalpindi are considered sister cities and have a close relationship. Ayub National Park, the Army Museum and the Raja Bazaar are the most famous places to visit in Rawalpindi.

The top most expensive residential areas in Rawalpindi are as follows:

The Capital Smart City is the first ever smart city in Pakistan. It has developed into one of Asia’s most significant residential developments. It is ranked the fourth in the continent. Future Holdings Developments and Habib Rafiq (Pvt.) collaborated on this project.

FDHL is a leading Pakistani real estate developer and asset management firm that aids in the development of visionary smart cities to provide not only a glamorous up-scale lifestyle but also fruitful contributions to its investors. Habib Rafiq is a renowned name in Pakistan’s real estate are the developers of Islamabad’s Bahria and DHA communities. They’ve also established their own housing societies in Sargodha, Multan, and Sahiwal, dubbed Royal Orchard Multan, Royal Orchard Sargodha, and Royal Orchard Sahiwal, respectively.

The Capital Smart City is situated in the Rawalpindi Region of Islamabad. The project is situated on the eastern route of CPEC, 9.2 kilometers from M-2 Toll Plaza near Thalian interchange on the Lahore-Islamabad Motorway. The New Islamabad International Airport is just 5-6 minutes away. Eighteen Islamabad, Lahore Smart City and Blue World City, are some of the housing societies that are close to it.

Capital Smart City is the most expensive residential area in Rawalpindi because it provides its residents with a one-of-a-kind and distinctive living environment, complete with cutting-edge amenities. This housing society would become Pakistan’s first Smart City by incorporating modern technology and implementing smart features.

The Taj Residencia is located on a lush green space just 20 minutes from The Centaurus, 5 minutes from Quaid-e-Azam International Hospital, and 10 minutes from New Islamabad International Airport. Taj Residencia is located in Islamabad, parallel to CDA sectors I-14 and I-15. It has three exits, one of which is from the I-14 link road. There are three entrances, one of which is from the I-14 link route. The second entrance is from Lakhu Lane, which leads to the Thalian Interchange motorway M2. The third entrance is from the CDA sector I-16.

The Taj Residencia is one of the most expensive residential areas in Rawalpindi because of the high degree of luxury that they are aiming for.