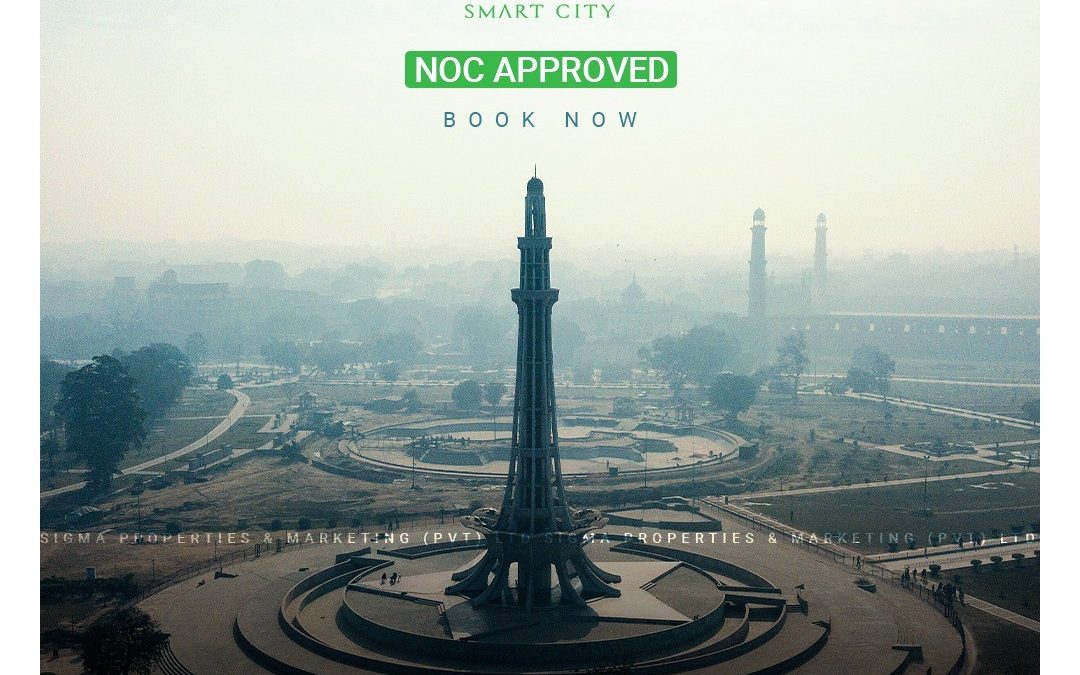 After a tremendous success of the Capital Smart City project in Islamabad, the developers initiated another project called Lahore Smart City. The Lahore Smart City is the 2nd Smartest City of Pakistan by far after CSC. It’s a real estate project with residential blocks, with plot size ranging between 5 Marla – 1 Kanal. There are overseas blocks and the executive block, each designed with modern specifications.

Lahore Smart City tends to create a benchmark of living in the City. The LSC has endless facilities and the amenities made available within the society.

The Smart City Lahore Location is at the eastern bypass Lahore, which merely connects it to the Lahore Airport. The location on the Map is at the GT road with a drive less than 200M. The Lahore Smart City can be accessed through certain major routes like Kala Shah Kaku, Gujranwala, motorway M-11, Lahore Ring road and Lahore airport.

The ultra-modern architect and a culturally rich infrastructure of the Lahore Smart City is the second smartest city of Pakistan rated after the Capital Smart City Islamabad. This extremely luxurious housing society is also very affordable. The society has no reason to be ignored by the investors and buyers, in fact is highly recommended to them.

Lahore Smart city is a result of partnership between the two experienced and trustworthy developers. This real estate project is the work of Future Developments Holdings (Pvt. Limited) and Habib Rafiq (Pvt.) Limited. The Lahore Smart City is LDA approved and its NOC have been issued recently. The developers have made sure that the property comes under the status of legality as soon as possible.

The designers of the Lahore Smart City are from Singapore. The work has been supervised by Surbana Jurong, who are known for certain other projects in the country. Surbana Jurong is the Asia´s highly popular and appreciated real estate consultant firm, they came into being in 2015 and owned by the Government of Singapore.

All the real estate projects in Lahore have a mandatory rule of coming into the category of “legal properties”. The purpose is to avoid the troubles in future that comes along with the illegal properties. The developers of the Lahore Smart City have made sure that the society gets approved by the authorities so that none of the investors or the buyers may face any issues in the later stages.

The recent news on the Lahore smart city LDA is that it has been issued with the NOC, Non-objection Certificate. The Lahore Smart City has been approved by the Lahore Development Authority, recently in the February 2021. This makes it a legal property with a lot of benefits.

Lahore Smart City NOC, which is an abbreviation of the Non-Objection Certificate is a permission granted by government to the development and construction regulatory body for the land of specific society. Therefore, Lahore Smart City, Like all the other legal housing projects can also legally provide its residents with the amenities like the supply of Gas, Water and electricity.

The NOC approved Lahore Smart City is a mega real estate residential project that is developing under the supervision of experienced developers. There are a lot of facilities for its residents like:

If you are looking for a home, in affordable range with endless benefits, comfort and modern lifestyle then the LDA approved Lahore Smart City is your choice.