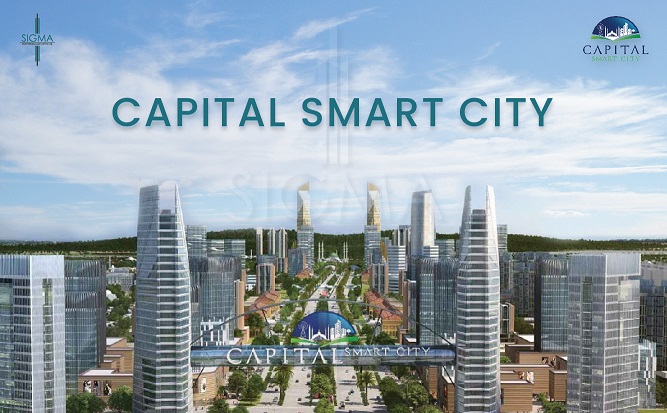 The Capital Smart City (CSC) is a paradigm of a modernistic housing society near the Federal Capital and Rawalpindi. It is a joint venture of the Future Development Holdings (Pvt.) Limited and Habib Rafiq (Pvt.) Limited. It contains the most high-class technological infrastructure. The housing scheme has provided the citizens with a new dream, an opulent lifestyle unlike anything else.

The Capital Smart City has made significant progress in significantly less time. It has broadened the definition of the ultimate real estate dream, so let us delve into its latest development updates.

The National University of Technology (NUTECH) and Islamabad’s Capital Smart City (CSC) have joined forces to establish a futuristic, innovative campus of Technology University of International Standards in the housing scheme. The NUTECH campus hosted a signing ceremony between NUTECH and FDHL (CSC) on July 23, 2020.

According to the agreement, Capital Smart City will serve as a significant partner in assisting NUTECH in obtaining land for its main campus and providing subsidized support services for its operations. Mr. Zahid Rafiq, Chairman of Capital Smart City, and his team were congratulated by NUTECH Rector Lt Gen (R) Khalid Asghar and Pro-Rector Maj Gen Khalid Javed.

Their partnership will promote higher education in indigenous technology creation, promotion, transfer, and implementation. In addition, it will train young engineers, technologists, and the skilled workforce of tomorrow.

The ultimate purpose of this joint venture is to boost Pakistan’s industrial and economic progress. In the following years, NUTECH Main

Campus will assist in attaining its vision and mission of generating entrepreneurs and industrial leaders of character.

NUTECH Campus, located in Capital Smart City, will be the region’s most significant technological university, with over 35,000 students.

Horticulture work is being done alongside earthwork, levelling, and road construction as part of the green effort. The green belts and parks will be ready to provide an energetic feel to the project when the development work is completed.

Horticulture work is critical to a housing project’s attractiveness. With monsoon plantations, Capital Smart City has taken its ecological endeavor to the next level. A plantation area has been established, and the cultivation of lovely trees and flowers has begun.

The green belts have already begun to emit a relaxing atmosphere. Here are the recent photos: 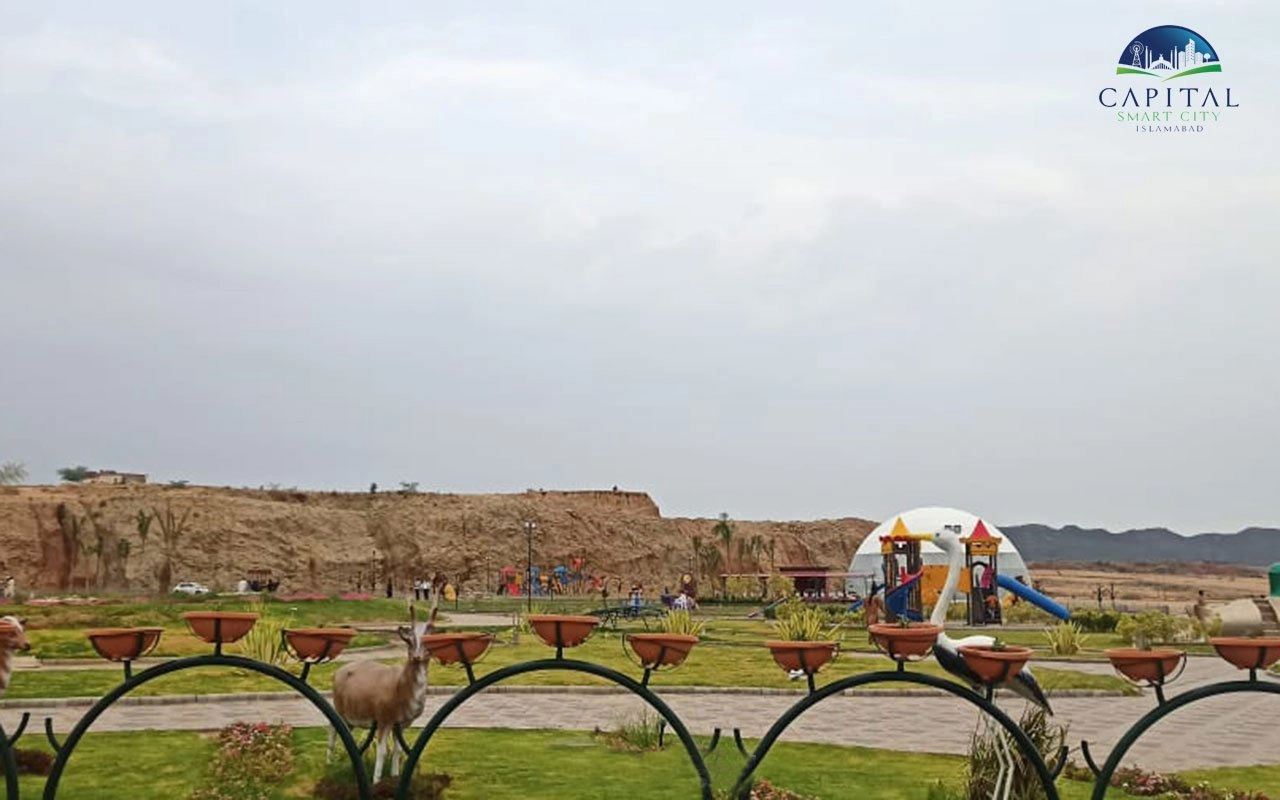 The Financial Square is the focal point of the housing scheme. It is a zone where numbers align and produce profits for the investors and residents. It will be recognized as the city’s financial hub, catering to both local and multinational corporations. Corporate banking, conference and exposition halls, hospitality, and 5-star boutiques are among the businesses represented.

A lavish 4-star hotel is currently under construction. The establishment of the Qatar Financial Center and Pak Financial Center is also taking place in the Financial Square. There will also be a central park, Jamia Mosque, CPEC Tower and mixed-use apartments and offices.

34.89% of the land in Capital Smart City is reserved for roads. The access roads are being cleaned and built quickly to ensure that visitors have easy and direct access to the site. In addition, the National Highway Authority has approved the dedicated interchange on the M-2 highway (NHA). The Smart Interchange’s construction is planned to begin soon.

Take a look at the most recent developments in access road construction:

The Jamia Mosque is now finished. The management team offered Asr prayer, led by M Saqib Musatafai Saheb, a prominent scholar. The most recent pictures of the mosque are shown here.

It is one of the most critical development updates. Phase 1 of the Overseas Block will be the first to take possession. The rumour was that they would give possession in 2021, but there has been no confirmation, and the market is waiting excitedly.

Nonetheless, the Overseas Block is undergoing accelerated construction to be ready for ownership as soon as possible. The majority of the levelling and road construction has been completed. Plotting is in progress. The following photographs provide a general view of blocks A and C and street views of blocks B and D.

Take a look at these current images of Capital Smart City to see how quickly things are changing: 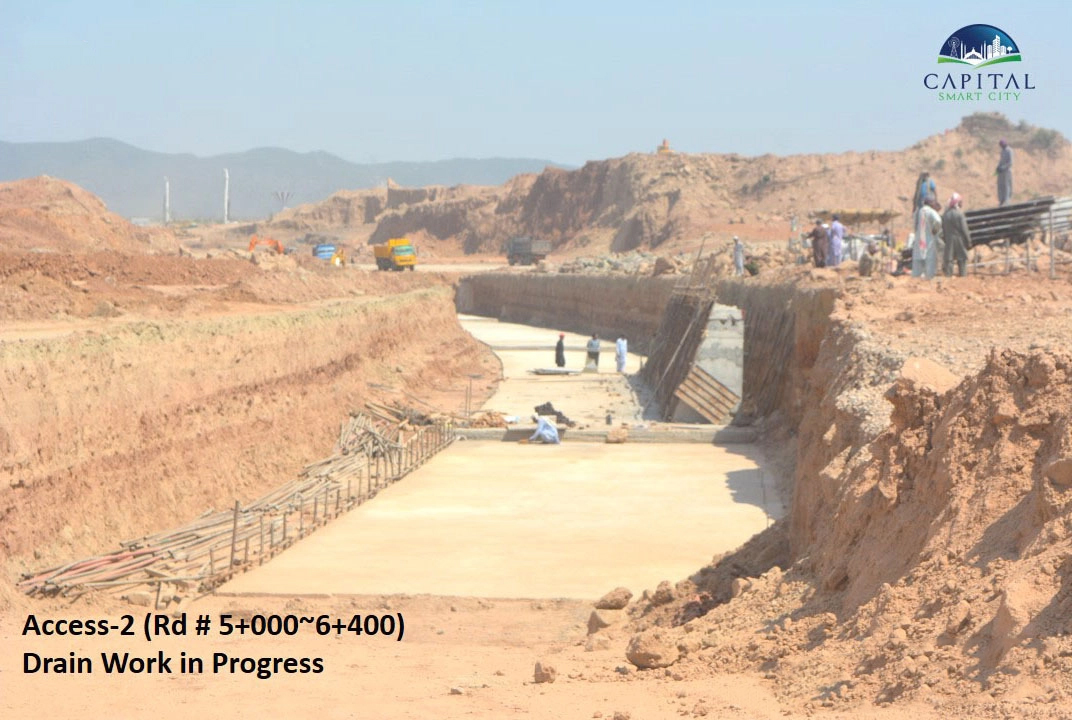 The land is currently being cleaned and levelled at the Executive Block site. In addition, the installation of sewer lines has begun, as has the construction of Smart Villas.

After Overseas-1, the executive block phase-1 is expected to take possession. As a result, rapid growth is also taking place in the Executive Block. 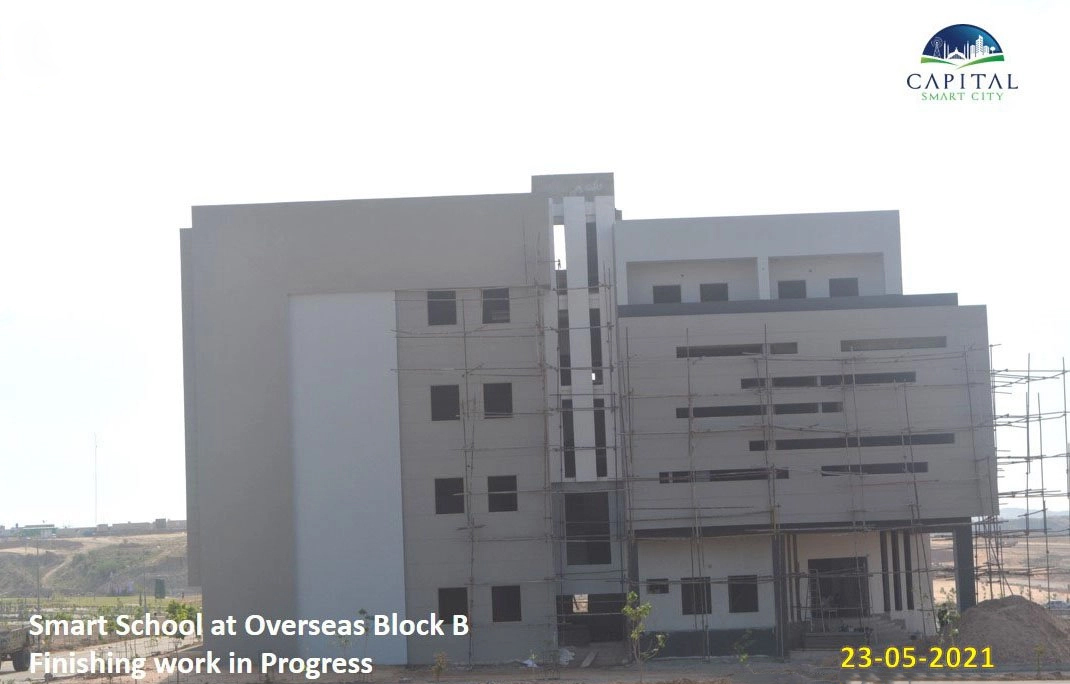 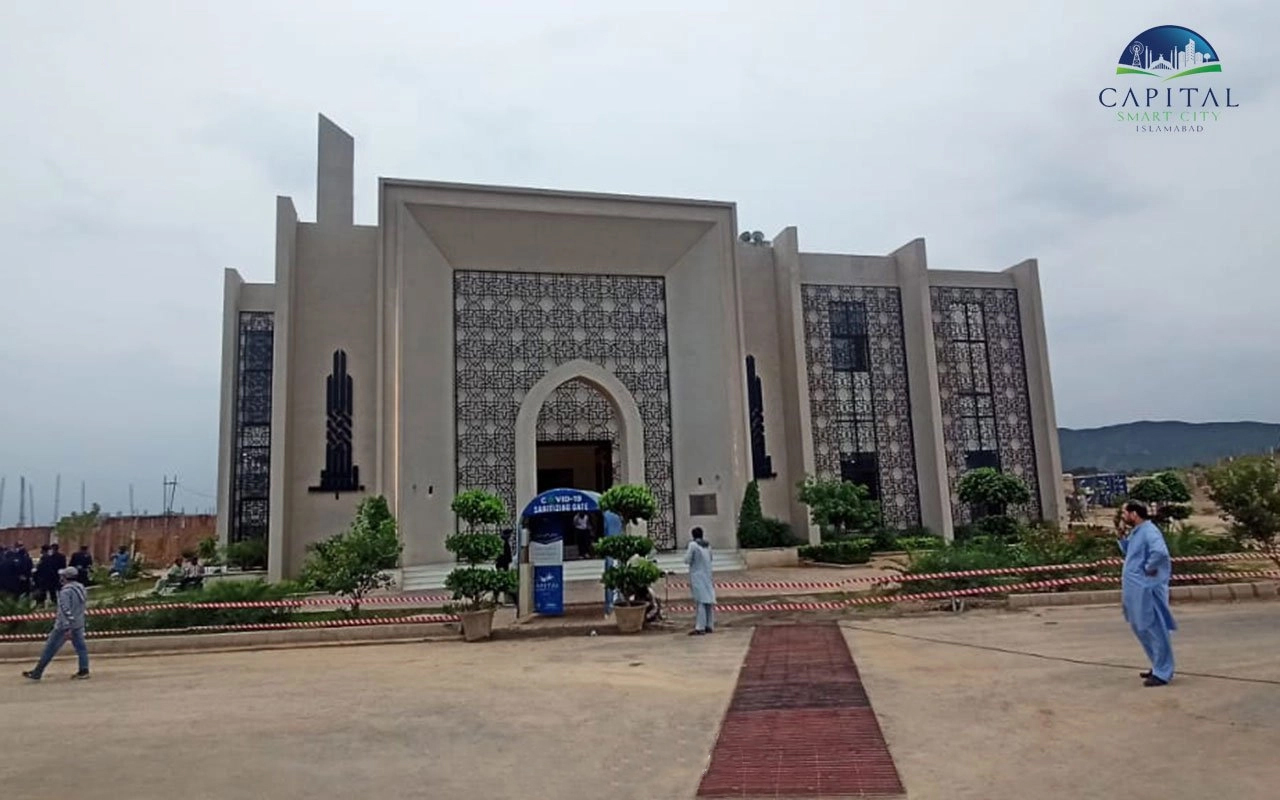 Lake View Heights is under rapid development to guarantee that the luxury flats are ready for occupancy as soon as possible. The Lake View Heights in Overseas Block C provides each apartment with a magnificent view and an experience akin to the worldwide lifestyle.

The Smart School in Block B has reached completion in only a matter of a few months. The images show the splendid structure of the school is,

Two access bridges have been constructed and are now open to the public. Despite a labor stoppage caused by Covid-19, the connecting bridge at Sill River was finished and inaugurated in record time.

The 450-foot-long bridge is part of the Access-2 road, which opened in August 2020. The bridge’s before and after photos are displayed below.

The Above mentioned Capital Smart City Development Updates are exciting. They show the dedication of the developers towards the project. Sigma Properties & Marketing recommends that you invest in the housing society to reap the benefits of a lifetime.