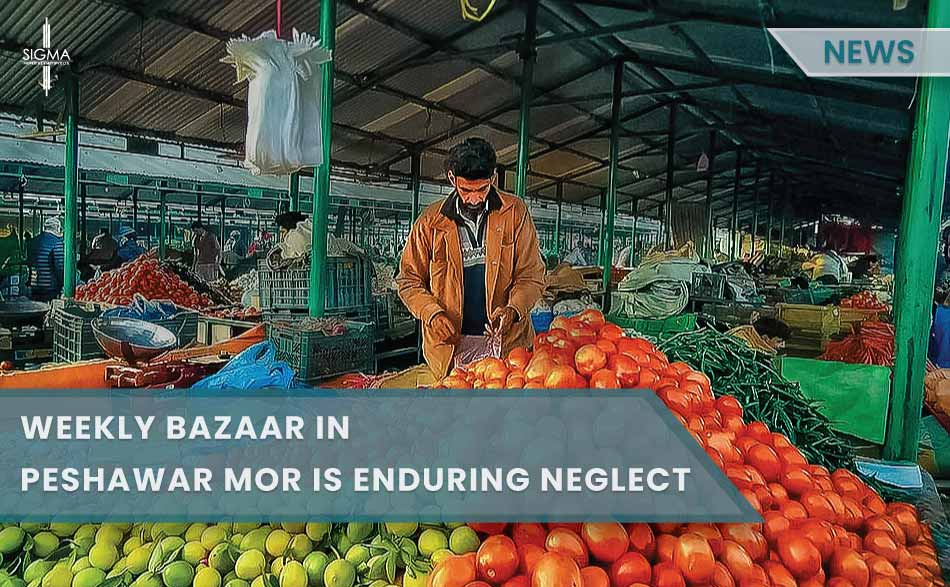 While Islamabad maintains the weekly bazaars, the neglect of Peshawar Mor is fostering conditions that reward sellers rather than shoppers. The sector H-9 Peshawar Mor Bazaar is the city’s oldest and most influential weekly bazaar. The only location where controlled rate markets are held three times a week is Tuesday, Friday, and Sunday.

The infrastructure in and around the bazaar is constantly deteriorating. Professional beggars have their designated locations in the weekly bazaar, unlike the streets of Islamabad. Officials from the Municipal Corporation Islamabad (MCI) who were present at the weekly market declined to comment on the failing standard or the availability of green groceries at prices higher than the official rates.

Despite all efforts, Director Municipal Administration retired Capt. Ali Asghar did not react to the questions. Mr. Asghar was quite busy, according to staff in the municipal administration’s office, as he was also the director of agricultural and deputy director finance in the ICT administration. In front of the sector H-9 weekly bazaar’s entrances, the state of cleanliness does not correspond to the prevailing norm in Islamabad. Potholes abound, filled with stagnant rainwater and covered with vegetable debris.

You may also like, First Shariah approved REIT scheme has been introduced

Although the CDA’s management was working to fix the road leading to the bazaar, buyers still had to travel on an unpaved section of the dusty route. Customers’ most major difficulty is finding a parking place, which requires them to walk lengthy distances, sometimes up to a kilometer, over uneven land. At the same time, stallholders and authorities park their vehicles along the main boundary walls. Some have even set apart a parking lot for themselves, encircling the area with ropes and security barriers and enlisting official security personnel.

The buyers expressed their dissatisfaction with the poor infrastructure of the sector H-9 Peshawar Mor. Early in the morning, stallholders and officials occupy all parking spaces, according to a regular visitor to the bazaar. “Loading lorries may be seen parked along the bazaar’s perimeter. These automobiles do not belong to the customers and should be parked in the designated parking area,” Asmat Zahra remarked. She explained that people come here to buy products at fixed prices and avoid getting ripped off by vendors in the leading marketplaces.

However, by the evening, most stallholders have begun charging at their discretion, and this benefit has also faded. Simultaneously, many stallholders are willing to charge rates that are greater than those set by the administration. “The official pricing for green chilies is PKR 50 per kg, but virtually everyone here sells them for PKR 160 per kg, and the same is true for garlic and other items,” Tariq Khan said. The situation is identical at other MCI-managed weekly bazaars.