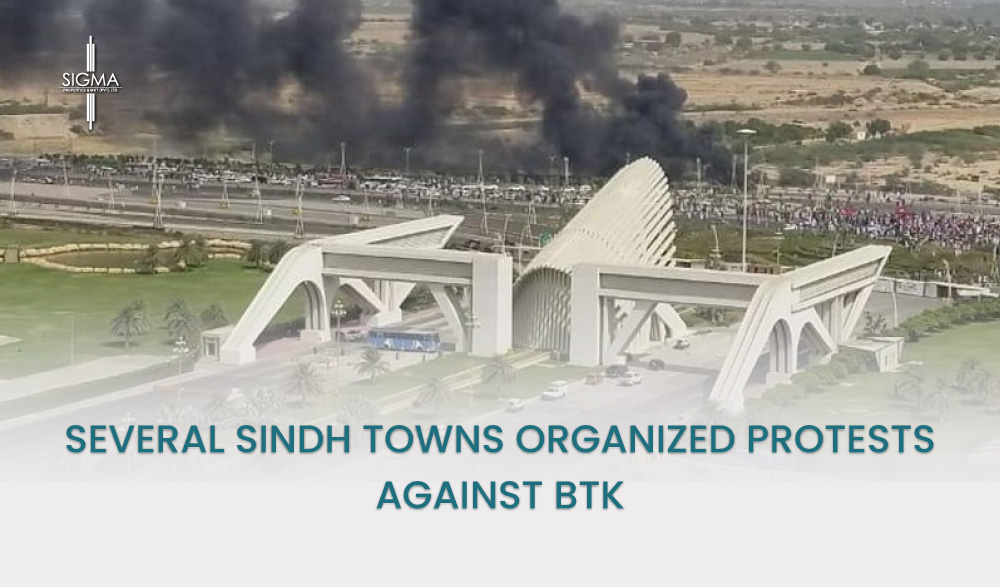 On Sunday, nationalist activists organized rallies and demonstrations in several Sindh towns in response to the Sindh Progressive Committee and Sindh Indigenous Rights Alliance’s call for protests against the injustices of Bahria Town and other big housing projects.

In their statements, Comrade Bakhshal Thallu, Aslam Parvez Umrani, and Comrade Iqbal Khan declared that Bahria Town Karachi was not a development project but rather intended at displacing local people and occupying Sindhi people’s land. Hidden powers, they claimed, were working with men like Malik Riaz and provincial and federal governments to occupy Sindh’s borders in Thar, Kohistan, and middle Sindh.

They claimed Noonari was apprehended a few days ago and that his whereabouts were unknown. They imprisoned Political activists after the filing of false charges against them.

They asserted that capitalism’s bulldozer was depopulating villages in rural areas and katchi abadis in urban areas.

Imdad Chandio, the HRCP’s Sindh coordinator, Ameer Azad Panhwar of the Sindh United Party, Manzoor Thaheem of the Sindh Hari Committee, and others joined the protest.

As a result of a protest called by the Sindh Progressive Committee and Sindh Indigenous Rights Alliance, activists from nationalist parties held a rally in Larkana and demonstrated outside the press club.

Leaders of the Sindh Action Committee’s constituent parties protest in Karachi against ‘land seizures.’ They argue that under cover of massive development projects, they are giving away land for free to essential builders. Jeay Sindh Mahaz and the Awami Workers Party, among others, led the demonstration.

They claimed that activists like Seengar Noonari of the Awami Workers Party, who spoke out against injustices, were arrested and charged with various crimes to silence them.

Activists from nationalist groups staged a protest outside Karachi’s press club. They requested that Noonari, Sanan Qureshi, and others be released immediately. Leaders of the protesters urged an end to Bahria Town, DHA, and other major housing projects to occupy the land.

They added that while the courts had ruled against Bahria Town, its owner Malik Riaz refused to recognize the judgment, claiming that it was an apparent disrespect to the judiciary. They warned that dishonest tycoons would never be allowed to occupy Sindhi land.