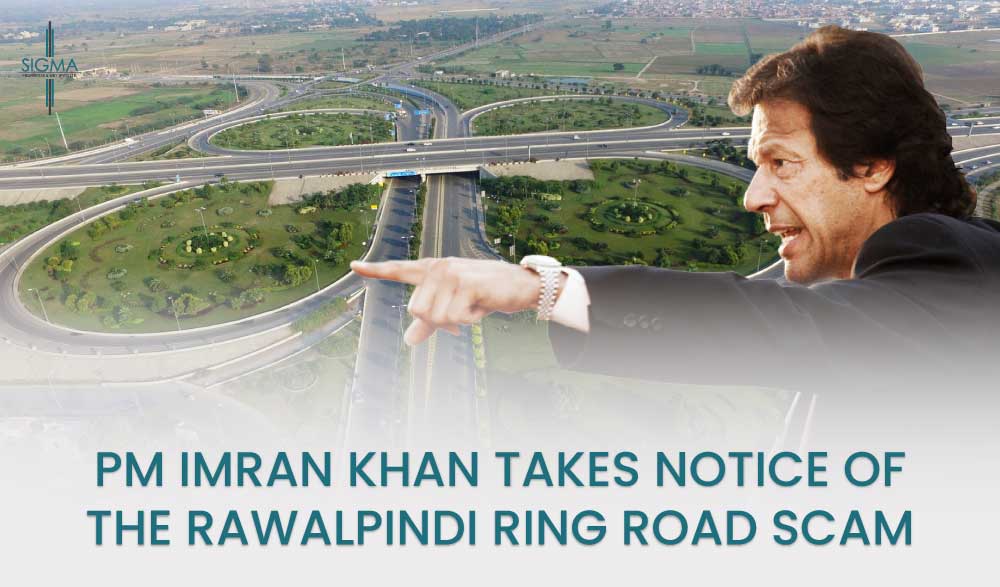 The news is whispering for many days about  Ring Road. PM Imran Khan noticed the Rawalpindi Ring Road Scam and directed to initiate an inquiry that would find out the facts and solve the matter.

The reporter informed that earlier on Monday 24th, the three-member committee reached Rawalpindi. The committee members collected the whole record from the Commissioner office. They also demanded records from the land revenue office of Rawalpindi and Attock and also from Rawalpindi Development Authority.

An official of the district administration added that the records included the details of Projects Management Unit Staff’s appointments and sanctions, study and feasibility and study of the project, PC-II estimates, tendering process for awards of consultancy work, Approval of rates of lands by the District Price Assessment Committee. It also included Approval from the board of revenue Punjab, an award announced by the land acquisition collector of the Rawalpindi Development Authority, consultant’s agreements and payment vouchers, the survey of the revenue department of the land for the project, and all documents of payments made for land acquisition by LAC.

He further added that the committee took records in the hold when PM Imran Khan noticed the Ring Road.

He added more than Punjab Anti-corruption Establishment demanded all information from RDA. The RDA would provide detail about the minutes of the meeting and land acquisition records related to the  Ring Road Scam.

Sources said that director-general ACE sent a letter to the RDA office. He asked them to solve the issue on a priority basis. He also demanded information be provided by an officer of BPS-17 or above. In the letter, it was shown that a senior RDA officer would coordinate and provide records as a focal person.

Sources said the joint team of the Anti-Corruption Establishment was investigating the frauds and misuses in Ring Road Scam.

Wasim Ali Tabish, the Collector, will also be driven into the issue of Ring Road Scam.