Punjab To Get The Largest Share From The Federal Divisible Pool 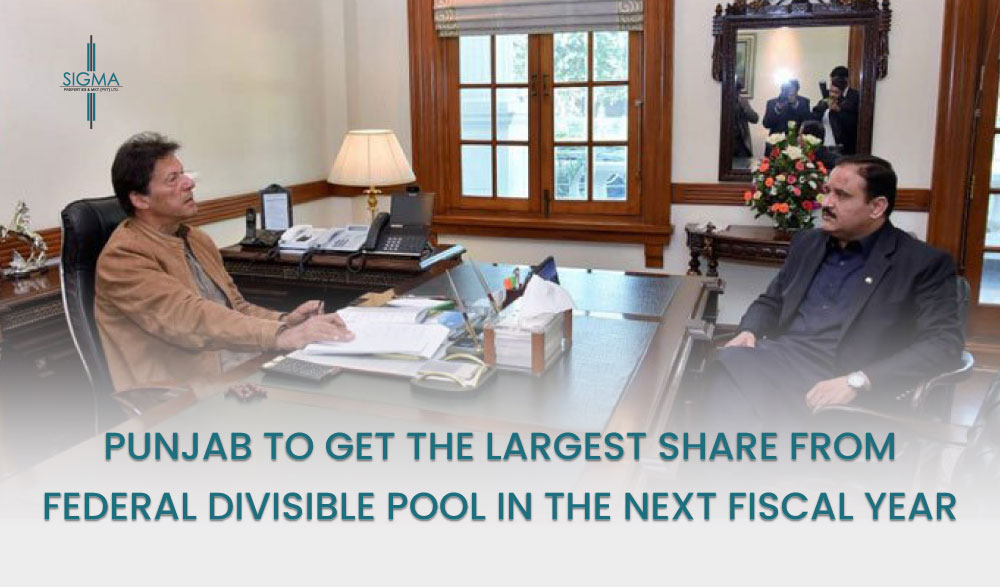 According to the budget report, a total of Rs3.41 trillion in taxes will be given to the provinces. Punjab to get the largest share from the federal divisible pool in the next fiscal year. The Province is receiving Rs1.69 trillion as its constitutional share. Sindh would receive Rs848 billion from the federal divisible pool. Khyber Pakhtunkhwa and Balochistan would receive Rs 559 billion and Rs 313 billion, respectively, in the next fiscal year.

The process for allocating resources among the provinces is clearly shown in Article 160 of the Constitution, which allows for the establishment of the National Finance Commission (NFC) at five-year durations.

The NFC’s function is to provide recommendations to the president about how to distribute resources between the federal and provincial governments. The divisible pool includes Income tax, wealth tax, capital value tax, taxes on sale and purchase of goods imported, exported, produced, manufactured, or consumed, export duties on cotton, customs duties, federal excise duties, excluding excise duty on gas charged at well-head, and any other taxes under the relevant provisions of the President’s Order No. 5 of 2010, as revised in 2015.

According to the order, 1% of the net earnings from divisible pool taxes will be allotted to the government of Khyber Pakhtunkhwa to cover expenses connected to the “war on terror.”

The province-by-province distributions are based on multiple agreed-upon factors, with population accounting for 82 percent of the total, followed by additional criteria such as backwardness and revenue generation share.