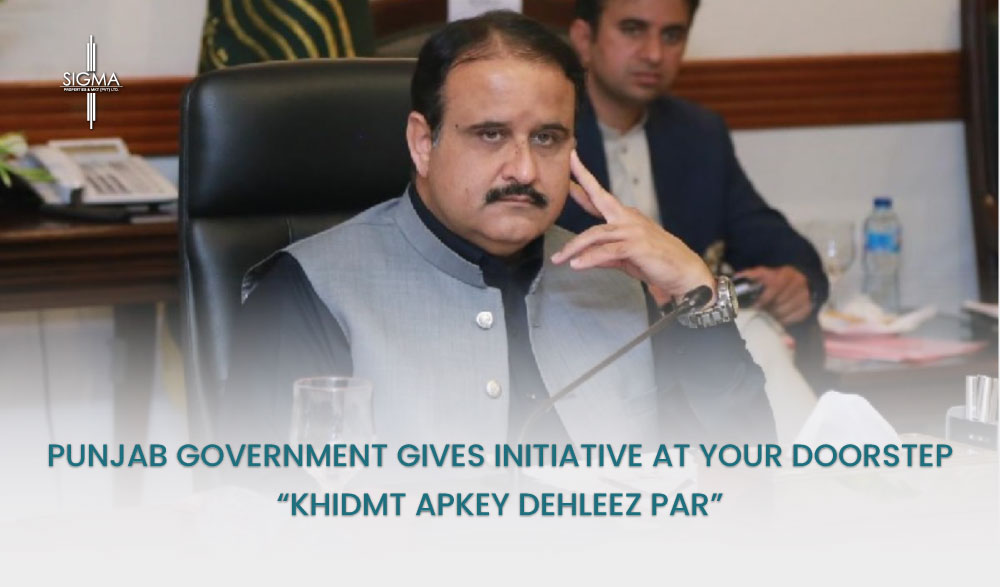 The citizens have not to worry now because the Punjab Government gives initiative at your doorstep. The government has started a program, “Khidmt Apkey Dehleez Par.” It will provide services to common people who are facing problems. It will also flourish the municipal services in all districts of Punjab.

To make the province neat and clean, the provincial government took this step. It would find out the hindrances and then tackle them. The dream of chief minister Usman Buzdar to make Punjab a model province and delivering standard services to its residents.

The “Khidmt Apkey Dehleez Par” problems would look into are broken street lights, the opening of main holes, maintenance of public toilets, wall chalking, and waste removal. The Program would direct the government to monitor the problems. Then, the administrators would hear the public’s complaints and allocate the services.

A very strict performance monitoring system would ensure timely delivery of the services. The hard workers would have the rewards, and those who are not fair with their duties would face strict penalties.

The chief minister also encourages the implementation of “ services at your doorstep. The machinery of the government would be able to facilitate the citizens.

There are many areas that actually need the government’s attention. If the Punjab government practices the Program, there is no doubt in becoming the model province in governance.

The government has launched an application for the Program. The people now will not have to wait in queues in front of offices for solving even their minor problems. People can download it and make their profiles for submitting online complaints.  You can also provide a picture in this application.