Plots on installments in Islamabad 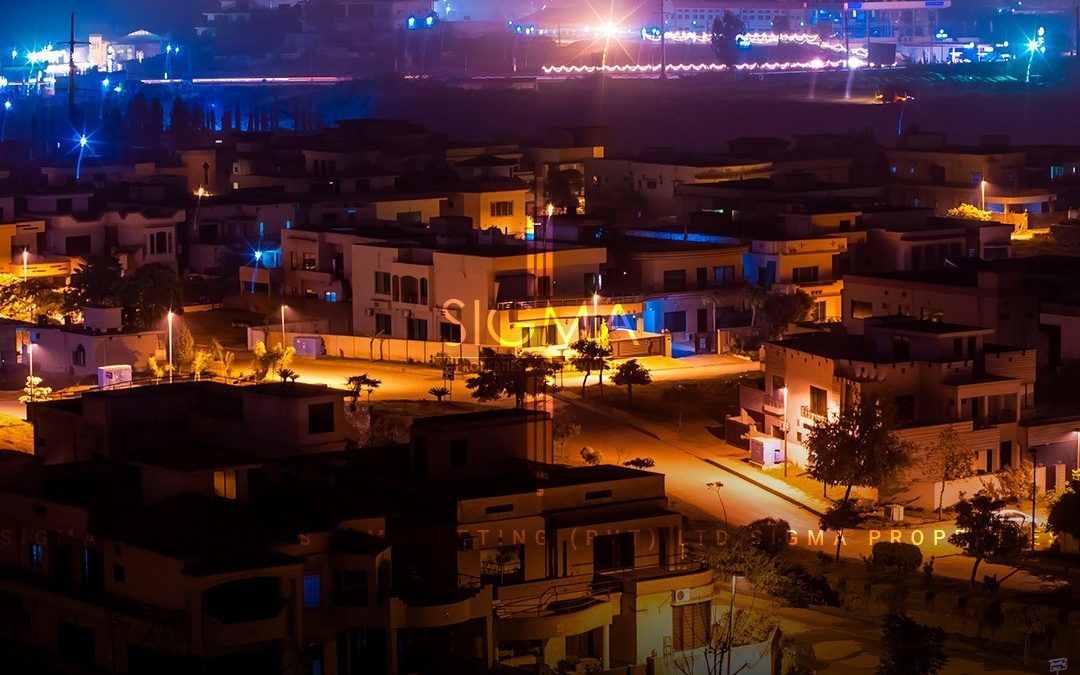 Plots on installments in Islamabad

In current times, Islamabad is the best City of Pakistan in terms of property investment. The best part is that a lot of real state projects, some are under development and most are already developed, can be bought along with possession in a very short span of time. The reason is that for most of them the NOC have been issued and for the rest it is in process to be issued.

There is a list of certain demands to be fulfilled to make it a legal property, and most developers take care of this matter. Hence the CDA approval is kept in consideration before starting the process to sell the property.

The owners and developers of a lot of projects in Islamabad have noticed that investors usually face the trouble to make heavy payments altogether when buying a property. So for the cause of making it affordable and easier for the investors, an easy payment plan on installments have been offered.

Out of all the admirable real estate projects, List of Societies/Projects offering  Plots on installments are mentioned below:

PLOTS ON INSTALLMENTS IN TAJ RESIDENCIA

Taj Residencia is an RDA approved real estate project developed by Sardar group of companies, located at a prime spot in Islamabad near CDA sector I-14 and I-15. The developers are well experienced and also trustworthy which makes it a good option for you to buy a property. The RDA has approved the NOC of almost 10,000 Kanal land of the society and also the installment plan that has been introduced. The society has an international standard hospital nearby, well known Centaurus Mall, Botanical gardens, parks and lush greenery, mosques, and much more that can mostly facilitate the residents.

The Park View City is an amazing project that is developed under the supervision of Mr. Aleem Khan, and initiated by a well known and trustworthy developers known as the Vision Group. The Park View City has a lot of facilities offered within the society and also a lot on the surroundings because the location is extremely prime, IV zone of Islamabad. There is an admirable overseas block in the society which is offered on installments.

Plots on installments in Park View City Islamabad are ranging from 6 and 8 Marla in the Commercial Block and the 5 Marla, 8 Marla, 10 Marla , 1 Kanal 2 Kanal  in the Residential Blocks. There is an ease offered for the investors and buyers to make payments on installment plan of 2 year stretched to 8 quarterly payments.

Capital Smart City is known to be the best capital city project that is developed by a well experienced designer from Singapore called as the Subana Jurong. The location is extremely prime, it can be accessed via few minutes of drive from new Islamabad International Airport at the motorway (M2). Along with a wide area coverage and a lot of facilities available, the plots at the Capital smart city are offered on installments so that it is easier for the investors and buyers.

The Payment Plan at Capital Smart City blocks has been kept easiest to provide investors a maximum possible ease on payments. The overseas block payment can be made in 36 Monthly Installments and as well over a time period of 6 Half Yearly Installments with a 10% down payment and a 10% confirmation price of the overall cost. With this most convenient payment plan a buyer and an investor can hold a possession on their plots at the Capital Smart City without any burden and they can easily secure their future returns.

The Overseas Prime Commercial Block has a 4 Marla plot that are offered on an easiest and the most convenient payment plan stretched to 3 years.

PLOTS ON INSTALLMENTS IN GULBERG TOWN

Gulberg town is an astonishing real estate project of Bureau Employee´s Cooperative Housing Society also called as the IBECHS. This beautiful town in Rawalpindi and Islamabad is at a 10 minutes of drive to the Airport and its also very near to the G.T road. The project has several necessities around the location and was developed quite a while ago.

The well known real estate projects by bahria group, named as the Bahria Town is a wonderful and extremely modern designed society. The project is currently on hype between investors, however out of all the cities, Bahria Town Islamabad is the most beautiful and has end less facilities inside as well as in the surrounding areas.

Bahria town Islamabad is a gated community with a variety of blocks in Commercial and Residential category. Besides having amenities available, the best thing in the society is their separate electricity generating units which claims a non stop supply of electricity.

The plot size of 5 Marla, 10 Marla, and 1 Kanal are offered an easiest and most convenient installment plan of 3 to 4 years, so that anyone who wants to buy can feasibly make the payments.

RUDN Enclave is a joint venture initiated by well known developers & designers called Rmrsco (PVT.) Ltd and NesPak (PVT.) Ltd. This real estate society is located in Punjab on a huge land area of 13,800 Kanal and has basic necessities available within and as well as around the area.

There is a range of Residential, Commercial, and farmhouses Block offered by the RUDC Enclave society, each has a different plot size and are offered on an installment plan of a 40 Months and also 8 Half Yearly Installment plan is introduced for further ease of buyers and investors. At the Residential block has the Plot Size of 5 Marla, 7 Marla, 10 Marla and a 1 Kanal plots are offered. At the Commercial Block of the Plot Sizes of 4 Marla and 8 Marla are offered and at the beautiful Farm House block a plot size of 4 Kanal and 8 Kanal offered on installments.

In the current times the best city to make investments on property is Islamabad, because if the City being a capital city of Pakistan there are endless reasons to intrigue the residents and the investors. The new real estate projects in the City are either developed or developing at a rapid speed, along with a claim of offering a standard lifestyle and security. To mention about the plots on installments Islamabad 2021 there are a several more, however those on hype are mentioned above.