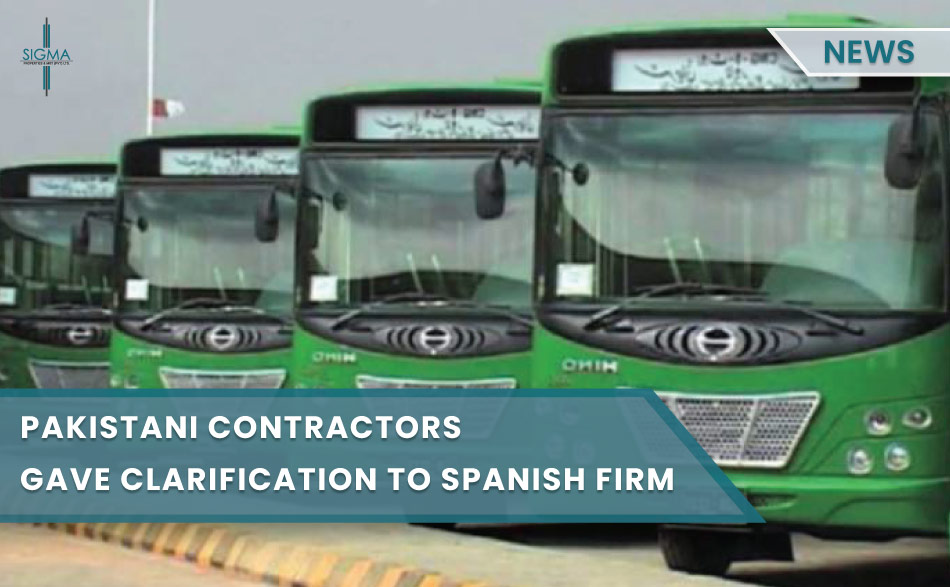 Recently, a Spanish firm had filed an FIR against Pakistani contractors. It claimed that there was wrongdoing in the green line project, but there was no action against the wrongdoers. Now, Pakistani contractors gave clarification to Spanish firm that they had taken action against the wrongdoer in the green line project.

Spanish company complained to the NAB, FIA, and the Pakistani embassy. One of the Pakistani contractors had fraudulently charged billions of rupees from the national exchequer in its name, damaging its professional standing. The Green Line project appeared to be surrounded by a financial controversy.

GRUPSA of Spain filed a complaint against MGH Engineering of Pakistan, alleging that the company provided platform screen doors for the Green Line project for over half a million euros.

The company discovered that its reputation was on the line since the Pakistani government had to pay more than 2.5million euros for services rendered in the name of the Spanish firm.

GRUPSA also released a statement last week requesting permission from authorities to allow its team to visit the site “before inauguration” after learning to install substandard equipment and materials under its name by a local contractor. While waiting for the NAB and FIA to respond to its complaint, the company said it learned of another activity through several sources that could harm its reputation worldwide.

In its statement, the Spanish business linked to various photographs it had discovered that reveal low-standard equipment put along the Green Line project’s path.

After all these, the contractors ensure them that the concerned authorities had taken immediate action. And soon, they will discover the cause of offense.

You need to know: Construction Of Parking Plazas As Part Of ADP