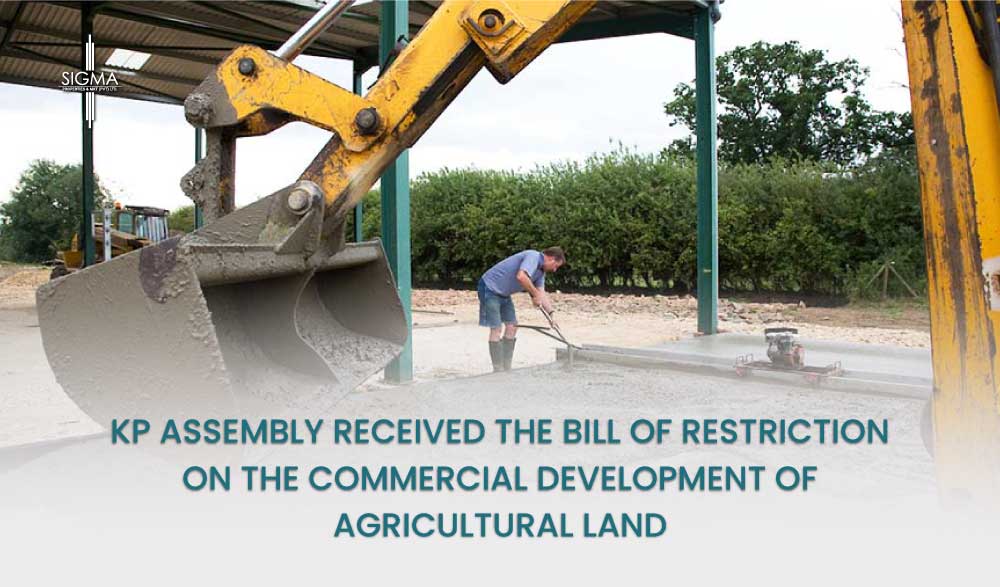 Member of the Opposition MMA Inayatullah khan presented the bill of protection of agricultural lands of KP. He stated that the commercializing of the lands would cause a decrease in Agriculture production.

Commercial land development, according to the bill, includes dividing land into two or more plots, combining plots, and carrying out any building operation, such as creation, construction, redevelopment, and adjustment or repair, as well as making any material change in the use or appearance of any structure on land.

Why to Approve the Bill?

There are reasons to pass the bill against the eradication of agricultural land and to develop those land into commercial plots. The KP assembly should pay a deep ear to the opposition member’s appeal. Many people are related to agriculture. The commercial development of agricultural lands may disturb the earning of the household of farmers.

Ghulam Ahmad Bilour wanted to draw the attention of the house towards these weird circumstances. Though the development of agricultural land into the commercial plot is a profitable practice, it is only beneficial in urban areas. In agricultural areas, the land may not result in desired profit.

Also, it will cause climate change. The green and lush field bestow enough to the cleanliness of the environment. With the commercialization, the fertile lands would lose their charm, and there would be only a bulk of buildings. So, the house must take a keen glance over the bill.