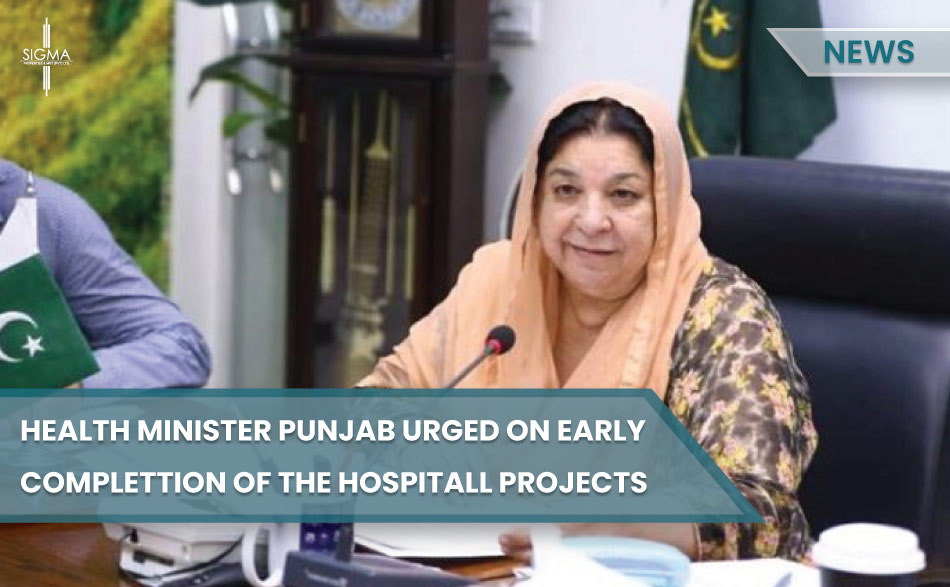 Dr Yasmin Rashid, health minister Punjab, urged the authorities to complete the hospital projects as soon as possible. On Tuesday, she directed the officials to look into the processing of ongoing development projects in the province’s tehsil and district headquarter hospitals. She presided over a meeting at the primary and secondary healthcare department.

The health minister also reviewed the development status of the completed and ongoing projects at the district headquarters hospitals(DHQ), tehsil headquarters hospital(THQ), basic health units(BHUs), rural health centres (RHCs), Sehat Ghar program, trauma centre, and diagnostic centres. People living in rural areas have to travel long to big cities for health facilities, but now they can have all those facilities in their home town hospitals.

There were public hospitals under construction in eight districts of the province. They needed up-gradation. The work on district hospital Multan and tehsil headquarter Taunsa was also under process. Ajmal Bhatti, secretary Health South, was monitoring the whole process personally. The government was planning to set up 13 new trauma centres in the far areas and upgrade the existing 26 trauma centres. The health minister Punjab told about the vacant positions and sent a request for 2500 positions to the Punjab public service commission and directed the department to dispose of the pension. The restoration in hospitals and up-gradation of the units will improve the health sector.