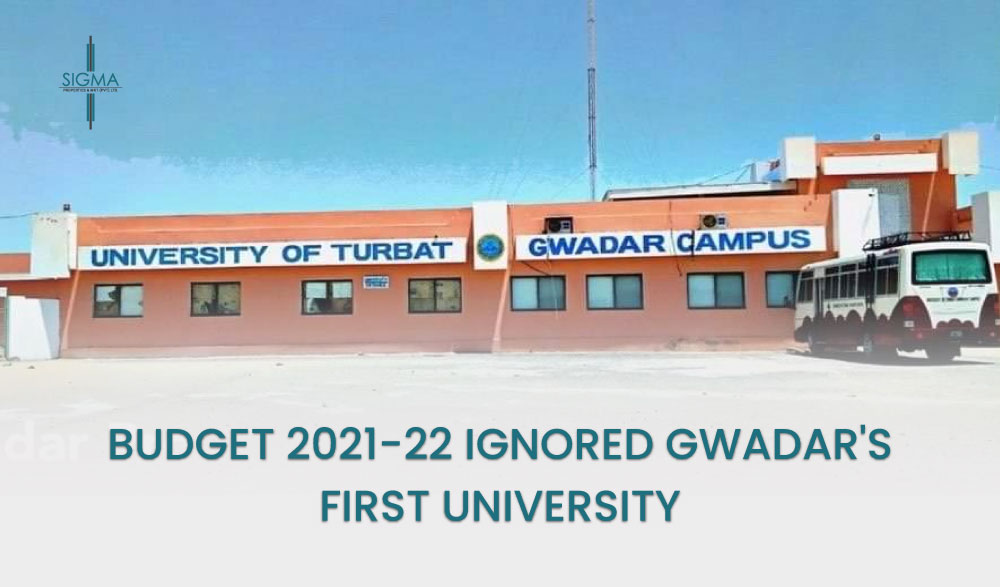 According to our news reporter, every sector has a prominent part in the budget, but this time balochistan budget 2021-22 ignored Gwadar first university. Balochistan enacted a budget last week with a total outlay of Rs584.1 billion, including Rs17 billion for education. However, the said university has no part in the budget.

According to Gwadar Master Plan, the coastal town will be Southeast Asia’s new trade, tourism, and investment hub by 2050, with a $30 billion economy. In contrast, Iran’s Chabahar region, which is sometimes referred to as Gwadar’s rival, has two universities. The Balochistan government’s spokesperson, Liaquat Shahwani, informed that the provincial government’s budget 2021-22 did not include any funding for a university in Gwadar.

On June 11, activists, student groups, and political party leaders marched to the streets to demand a higher education center for their community that their community. The hashtags #GwadarNeedsUniversity and #GwadarOnRoadForUniversity gained traction throughout the day on Twitter.

Read more:Opposition Leaders Are Not Happy With The KP Budget 2021-22

Gwadar has gained global attention due to its geostrategic, geo-economic, and geopolitical location, according to Hammal Kalmati, a member of the provincial parliament from Gwadar. ” the indigenous  people would get knowledge and professional skills With the foundation  of a Gwadar  first University. It seems impossible that the budget ignored Gwadar first university.

Hammal Kalmati further added that in 2017, prime minister Nawaz Sharif announced Gwadar first university as part of the development package. in fact, it was also part of the federal public sector development program in 2016-17 and 2018

In November 2018, the Higher Education Commission approved a charter for the institution, and the Balochistan Assembly approved a bill to establish the university.

According to professor Ijaz Ahmed, director of the University of Turbat, the federal government granted Rs1 billion for the foundation of Gwadar first university in the same year and also allotted fencing and 500 acres of land in September 2018.