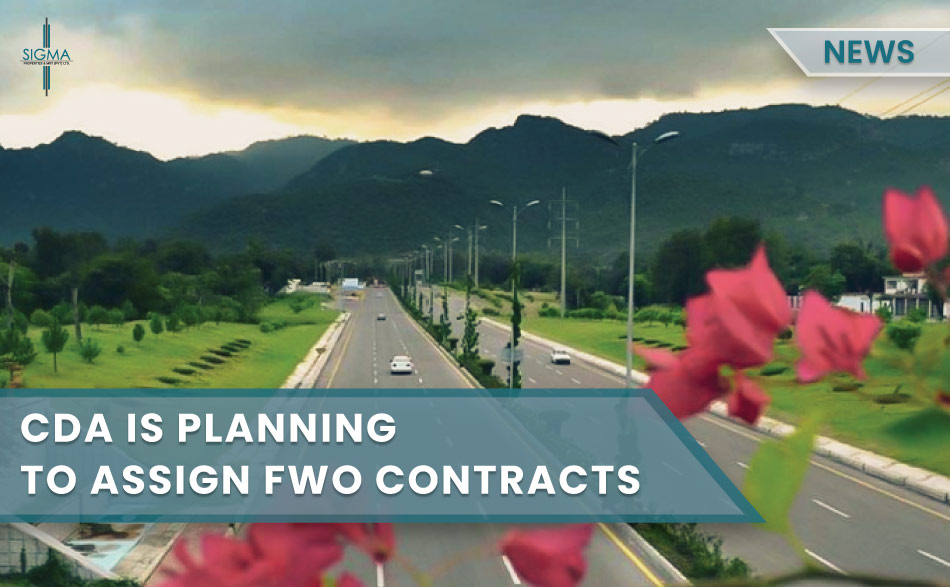 The Capital Development Authority (CDA) board is scheduled to approve the civic agency’s request to have two road projects completed by the Frontier Works Organization (FWO), the construction of the 7th Avenue Interchange and the repair of I.J.P. Road. The board will approve the Capital Development Authority’s request for awarding the contract for the road projects during its meeting on Friday.

According to the Capital Development Authority, the PKR 1.5 billion interchange has been constructed in the shape of a cloverleaf with four left and right loops. An underpass will also be built to connect the two sections of Khayaban-i-Suharwardi. The project was conceived in 2008 and presented to CDA.’s Development Working Party (DWP) several times for PC-1 approval, but each time there were concerns. The PC-1, on the other hand, was approved at a D.W.P. meeting in October of last year.

Due to the unavailability of an interchange, motorists encounter traffic congestion due to long delays at traffic signals, particularly during rush hours. On the other hand, stated that the civic agency was aware of the problem experienced by motorists, which is why the FWO will be hired to ensure a smooth conclusion of the project.

You may also like S.H.C. directs C.B.C. and D.H.A. to address contempt plea within ten days.

Meanwhile, reports claim that the CDA will grant the FWO the P.K.R. 6 billion contract to expand and overhaul the IJP Road project. The road connects Islamabad and Rawalpindi and is a significant route for large vehicles travelling from Punjab and Azad Jammu and Kashmir (AJK) to Taxila, Attock, and KPK. It has been catering to substantial traffic for years, despite its original design.  It is the reason why the road is in such bad shape.

No substantial repair work has been done in many years, resulting in potholes all over the road. Because of the general bus terminal at Pirwadahi, it is one of the busiest roads in Islamabad and Rawalpindi. The Sabzi Mandi and Islamabad’s wholesale markets are also located along this road, used by traders from all over the country.