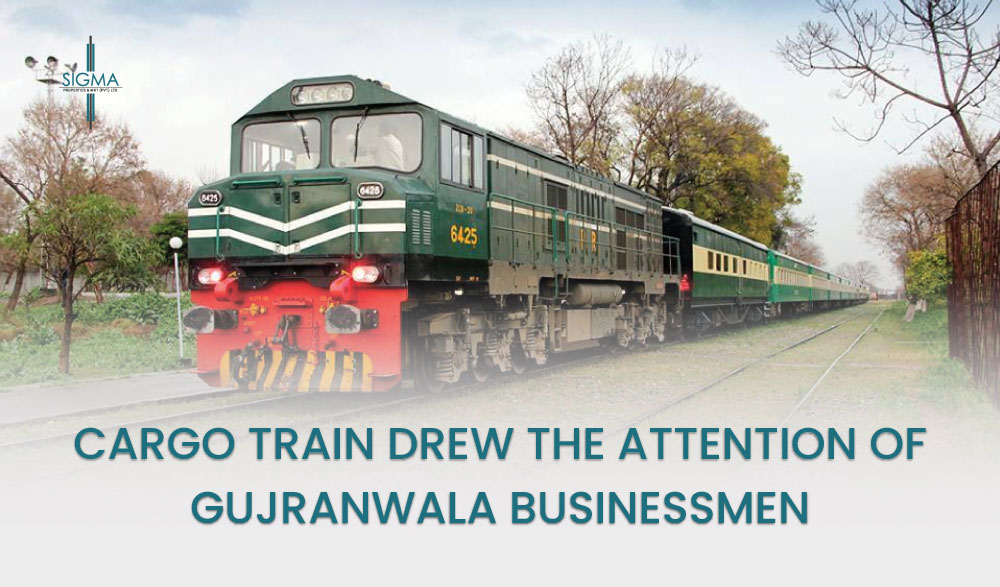 Cargo Train Drew The Attention Of Gujranwala Businessmen For Investment

Gujranwala businessmen are ready to contribute to the development sector. So, the cargo train drew their attention for investment. Gujranwala’s business community has expressed interest in operating a commercial cargo train between Gujranwala and Karachi.

Because Pakistan Railways already outsources the commercial administration of loss-making trains, it has promised to pay the freight/rent with profit in advance for a year. The Gujranwala Chamber of Commerce and Industry (GCCI) is also looking to execute a leasing arrangement to turn the city’s main railway station’s cargo terminal into a dry port for the movement of containers carrying commodities for export and import.

The daily in and out of at least 500 containers between Gujranwala and Karachi has been a habit for a long time, with the road link being the primary mode of transport. Furthermore, Gujranwala, which has 21,000 units and cottage industry, and is the country’s second-largest business hub after Karachi for having the most diverse industrial sectors, is not connected to the highway.

In addition to seeking authority to operate a cargo train between Gujranwala and Karachi, on a commercial basis, the GCCI has offered the Punjab government Rs3 billion to build a 16-kilometer connection road connecting to the Sialkot-Lahore expressway.

According to the president GCCI Umar Ashraf Mughal, the Punjab chief minister had already approved the proposal of the chamber and also appointed a consultant in this regard, he told that the government would have to contribute Rs900 million for the acquisition of land for the expressway.

The chamber would form a corporation to invest in the project, with the funds recovered from toll taxes in eight to ten years. the chamber delegation met with Federal Minister for Railways Azam Swati and discussed the possibility of launching a cargo train between Gujranwala and Karachi, and that the deputy superintendent railways, Lahore, held a follow-up meeting in Gujranwala, following which a joint inspection at the Gujranwala railway station’s cargo terminal. The inspection revealed that the station was significantly larger and more suitable for commercial cargo trains, which may boost commerce, according to the GCCI president.

If you want to know more: Rawalpindi Ring Road Project Is Expected To Resume In August