Several well-known residential neighbourhoods are close. The Platinum Homes offer a luxurious and pleasant lifestyle. Al-Kabir Platinum Homes are offered in a variety of sizes and at reasonable prices. It also comes with all of the fundamental and other essentials of living.

The Al-Kabir Developers is working on the fantastic project of Al-Kabir Town Platinum Homes. The developers have introduced a new scheme in which they have opted to build exquisite residences in Phase II of Al-Kabir Town, following the successful launch of Phase I and Phase II. The developers are a team of planners, designers, architects, builders, and highly professional, efficient, diligent, and capable engineers.

The AL-Kabir Developers have successfully established a market-leading position. They have stayed at the leading edge of innovation since its foundation in 2016, catering to the demands of investors and home consumers across the country and increasingly owing to Pakistan’s real estate victory.

Their successful projects are as follows,

The developers are constructing the residential project in line with the policies and regulations provided by the relevant authorities. The developers launched Platinum Homes Project in February 2018. The launching of Phase II of Al-Kabir Town took place in May 2017.

The head office of Al-Kabir Developers is at Al-Kabir Town Phase I Adjacent BNU, 1KM off the Raiwand Road, Lahore.

Al Kabir Town Platinum Homes is located across the street from Lake City, on Main Raiwand Road. It is placed explicitly in Al-Kabir Town’s Phase II, and some well-known residential societies are also near the Al-Kabir Platinum Homes.

Nearby Landmarks and Places

The significant places near the Al-Kabir Platinum Homes are the following,

Al-Kabir Homes is close to several hospitals and health care facilities, including:

Platinum Homes is close to the following banks and ATMs:

The housing scheme is accessible from the following places,

Al-Kabir Homes has 3 Marla plots for sale at an affordable price. Furthermore, these plots are available on easy 1-year and 2-year payment plans: 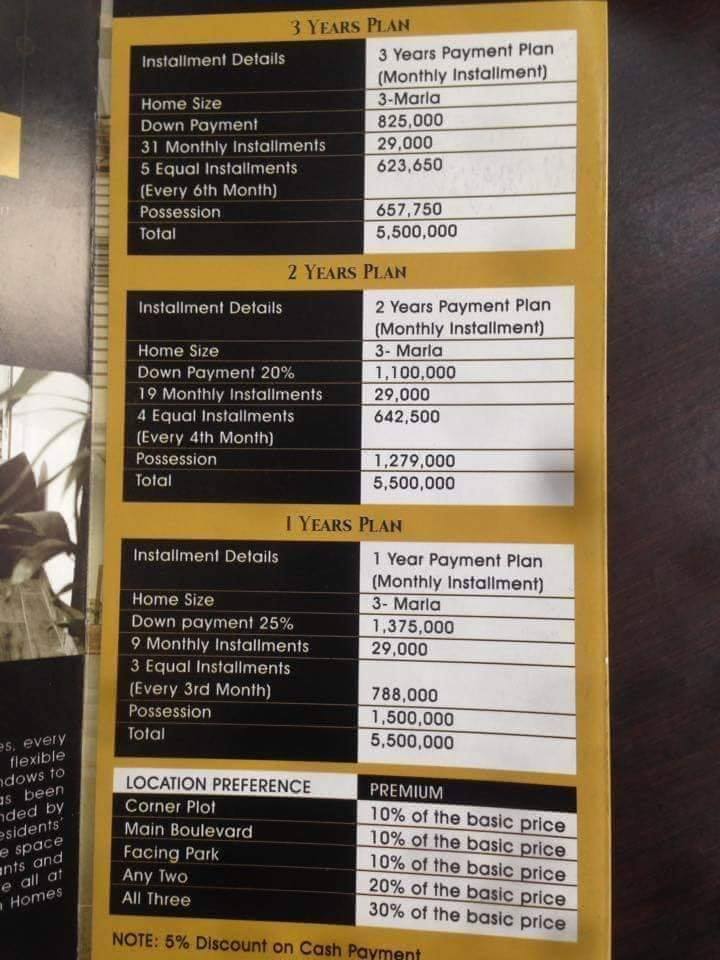 The main characteristics of the lodging society are as follows,

How to Book a Plot in Al-Kabir Platinum Homes?

If you are interested in getting a plot in this housing scheme, get in touch with our consultants at Sigma Properties. The documents you need are,

Why Invest in Al-Kabir Platinum Homes?

The location of Platinum Homes is on Main Raiwand Road in Phase II of Al-Kabir Town. The surrounding neighborhoods of Al-Kabir Homes are home to several well-known housing societies. The residential complex is close to the Cancer Care Hospital & Research Center and the Allama Iqbal International Airport.

The prices of Platinum Homes come in a variety of sizes. It also gives excellent investment prospects for individuals looking to purchase the plots. The LDA has approved the NOC.

The developers have created numerous parks and playgrounds nearby. They aim to build a few more in Phase II of Al-Kabir Town, ensuring that Al-Kabir Homes is environmentally responsible. The Platinum Homes offer a wide range of services and amenities to their residents. They also provide an extremely safe and secure atmosphere.

Al-Kabir Town is a respected name in Lahore’s real estate sector, and it has built a strong reputation in the market in a short period through massive development. The Al-Kabir Developers are launching Al-Kabir Town Platinum Homes in Phase II to broaden the limits to the satisfaction of the luxurious and ever-flourishing. The company is also opening Al-Kabir Town Phase 3 in Islamabad near the CPEC route on Fateh Jang Road, following the successful launch of Al-Kabir Town Phase I and Phase II in Lahore.