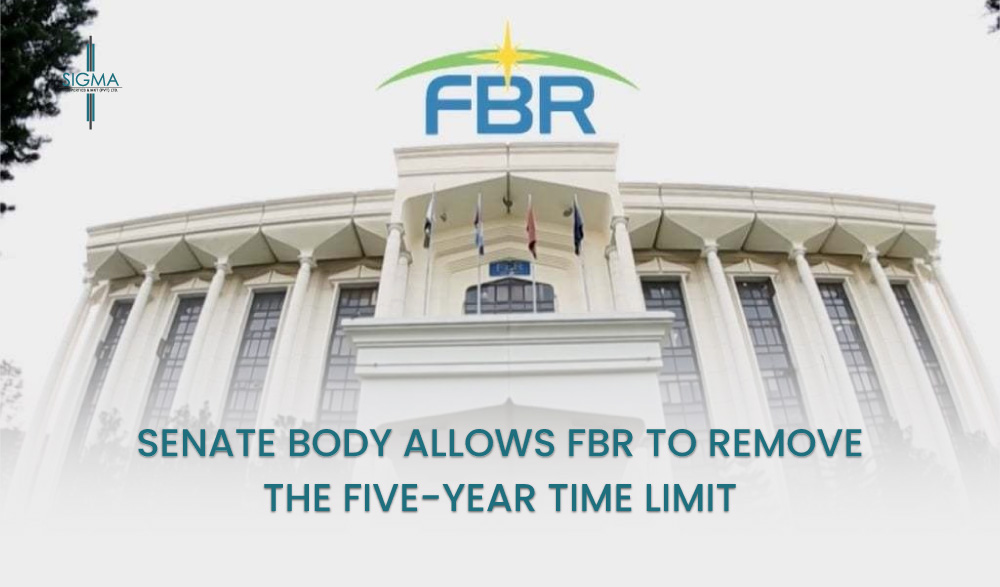 The Senate Standing Committee on Finance has approved the FBR to lift the time restriction on taking action against persons with offshore income and assets.

None of the Treasury or opposition benches made any objections to this new placement into the Finance Bill for 2021-22, and none of them even debated it.

Previously, there was a five-year time limit, but after the National Assembly approves this law through the Finance Bill 2021-22, there will be no time limit. This new provision in the Income Tax Law will allow the tax system to pursue persons who have overseas income and assets without regard to time limits.

The time-limit provided under this subsection shall not apply if the Commissioner is satisfied based on reasons to be recorded in writing that a person who failed to supply his return has foreign income or owns foreign assets,” according to the new clause inserted into the Finance Bill 2021-22.

Senator Farooq H Naek advised the FBR not to proclaim Pakistan a police state. The Senate panel addressed the FBR officers’ powers of arrest and prosecution on suspicion of income hiding. He stated that the FBR’s goal was to collect taxes rather than imprison people. Senators Farooq H Naek and Saadia Abbasi requested that 203-A, B, and other harsh sections be removed. However, Senate panel Chairman Talha Mehmood was attempting to find a middle ground in which senators may amend this paragraph by extending authority to the Federal Bureau of Revenue (FBR) chairman or the minister to authorise the arrest of possible tax evaders.

The FBR did not desire widespread use of the law, according to BR Member Inland Revenue Policy Mohammad Tariq, but it did want to make 30 to 50 fraudsters a precedent for others to establish a deterrent.

Shahid Sattar, Executive Director of the All Pakistan Textile Mills Association (APTMA), testified before the Senate Panel that the government increased the Sales Tax on machinery imports from 10% to 17% in the budget, despite the textile sector investing $2.5 billion in greenfield plants in the country. He declared that as a result of the policy, Rs50 billion would be frozen as refunds. Because this sum was increased in the previous fiscal year, the FBR’s Member IR policy guaranteed that returns would be released through FASTER. Then information on persons who live in the rented house would be obtained.