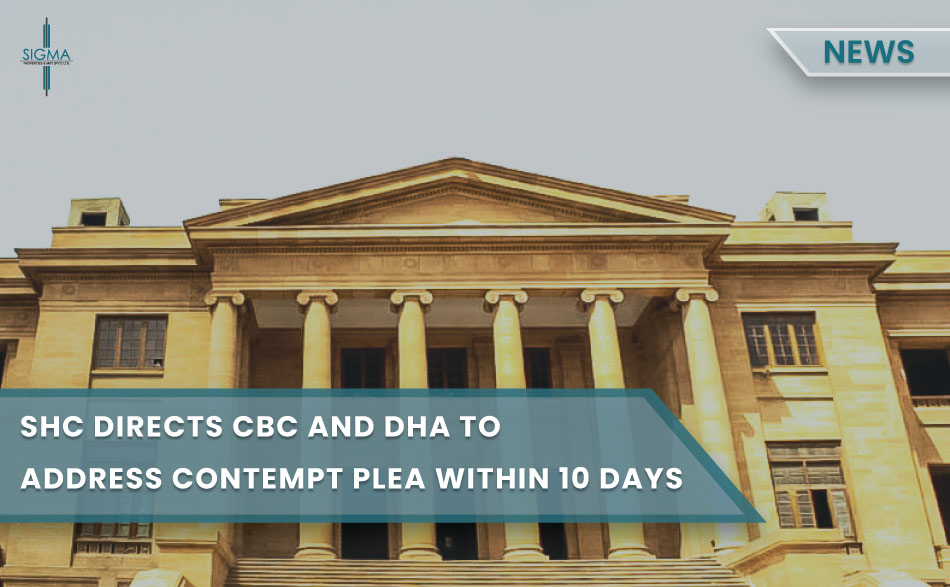 On Tuesday, the Sindh High Court, (SHC) ordered the CEO of Cantonment Board Clifton (CBC) and the Defence Housing Authority (DHA) administrator to file counter-affidavits to an application seeking contempt proceedings against them for failing to submit details about storm-water drainage works to the court.

The two-judge panel, led by Justice Mohammad Shafi Siddiqui, ordered the CBC CEO and DHA administrator to submit the affidavits within ten days.

Counsel for the petitioners filed a contempt application against respondents for failing to comply with an earlier court order. The bench decided that this application should be dealt with against CBC and DHA only for the time being. Lawyers for both respondents waived notice on behalf of the alleged contemnors.

Following monsoon rains last year, some 60 residents of Clifton and DHA petitioned the SHC, requesting the formation of a committee to oversee sanitation projects and a forensic examination of CBC and DHA accounts after the auditor general’s report found anomalies.

The petitioners’ counsel filed a motion for contempt against all four respondents. It alleged that they had wilfully disobeyed the SHC’s May 24 order, which required them to file complete details about the storm-water drainage assignment in the subject area, as well as the names of experts and consultants, within ten days. The lawyers claimed they would be unable to comply with the order.

During the petition’s initial hearing in September last year, the bench expressed surprise that the CBC had cancelled tenders for cleaning storm-water drains before monsoon season. The bench then asked how they could justify the release of tender notices after the monsoon.

You may also like CDA Directed to Complete Rawal Flyover by the end of October.

The petitioners’ counsel also produced audit reports from Pakistan’s auditor general regarding defence services, revealing severe irregularities and a lack of accountability in the bidding process for various issues, resulting in collusive practice each year to obtain conservancy work.

According to the 2018-19 audit report, contract works were allocated to multiple contractors without being advertised, which is required by law, the bench stated.

Petitioners claimed that the authorities in question had entirely failed to handle the situation during and after the rains and fulfil their statutory obligations. They claimed the CBC had filed a tender notice for drain delisting in April. Still, they rejected the lowest proposal without explanation, and another tender was expected to start on September 15.

The petitioners said that the situation in the city concerned because no authority had come forward to help locals. When an FIR was filed against the petitioners and their supporters for staging a peaceful demonstration outside the CBC headquarters on August 31, 2020, they claimed they were deprived of their freedom to gather.