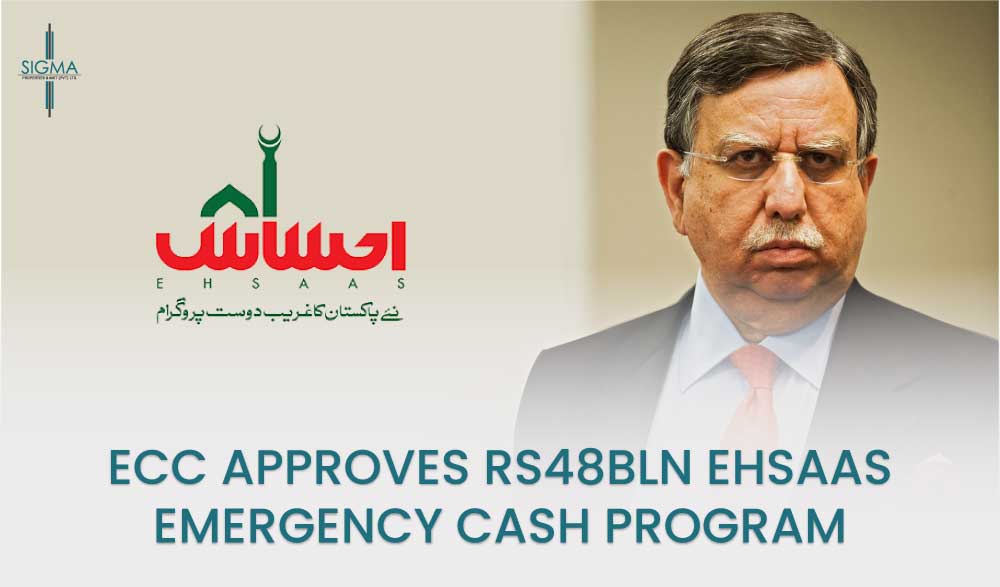 On Wednesday, in a meeting, the Economic Coordination Committee approved Rs 48 Billion for Ehsaas Emergency Cash Program(EECP). The meeting decided to provide Rs 12000 to each of the 4 million beneficiaries.

Sources added that the NSER would identify the additional 4 million beneficiaries. They would set high eligibility criteria for selection. The EECP would provide them with a six-month tranche, i.e. from January 2021 to June 2021. The EECP would also provide a one-time payment to beneficiaries to cope with unemployment caused by COVID-19.

Sources added that the head briefed the meeting. He told them about Ehsaas Emergency Cash Program (EECP). EECP was formed in April 2020 to lessen the damage of COVID-19 during the lockdown. The BISP took the responsibility of making sure the identification and payment to the eligible people.

The BISP selected 17 million families. The payment began in April and completed in September last year. 14.8 million beneficiaries got a payment of Rs179 billion.

A couple of months ago, the third wave rose again and caused the way of life difficult again. Then the EECP started the second phase of facilitating. The number of beneficiaries was extended to 8 million by the end of the next month. The BISP would take care of the ongoing survey of NSER.

The payment would be provided through various banks related to BISP. Habib Bank Limited in Punjab, Balochistan, and Sindh, Bank Alfalah in KP, AJK, and Gilgit Baltistan. The beneficiaries can get their money through biometric-enabled ATMs and retail Points of Sale. Sources said that the government would increase the network of banks to make ease in payment.

Sources added that, though the BISP has enough budget but it would need more than 48 billion to pay on time to the additional 4 million beneficiaries. Sources said that the meeting had informed about BISP. The BISP had paid 12 billion to the beneficiaries from its own budget during the current year under 18 phase. Rs 10 billion is available for the current year. But it would take this 12 billion from the ministry of finance.

Sources informed that 1.8 million of 4m beneficiaries had required a collective budget of Rs 22 billion to be paid. And 26.4 billion required for the remaining 2.2 million beneficiaries.