Rs 360 Billion Allocated to Resolve Issues in the Punjab 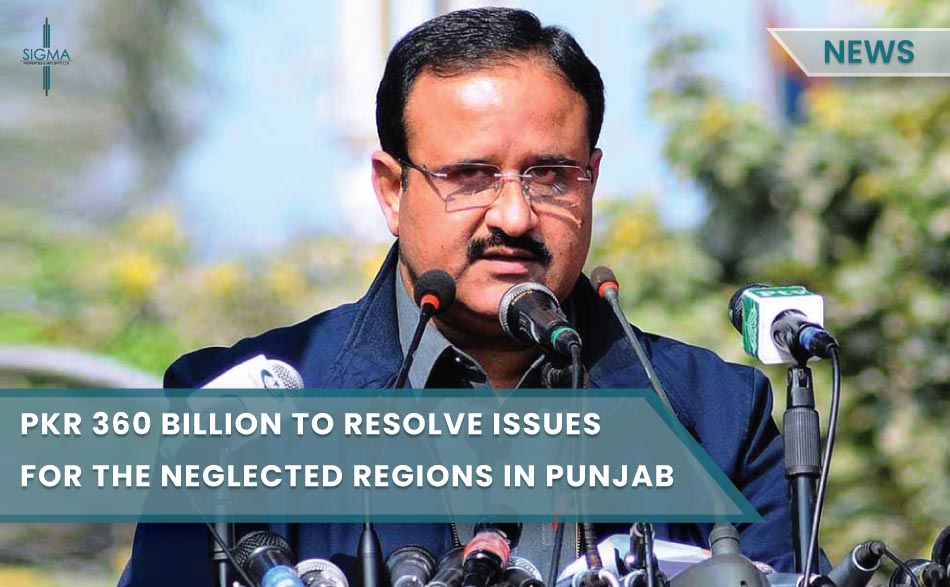 The Punjab Chief Minister, Sardar Usman Buzdar, has announced establishing a regular and balanced district development package of PKR 360 billion for the first time in the country’s history.

The development package, according to the chief minister, will address the problems of the neglected districts. The proposal for a new Punjab Assembly building was put on hold for 15 years by the previous government. Usman Buzdar has mentioned that the project’s cost has increased due to the bias of the last leadership.

In a statement issued on Sunday, he added that Punjab was the only province that had met the tax objective, citing a 24.7 percent rise reported by the Punjab Revenue Authority during the previous fiscal year’s revenue collection. Similarly, the Excise department’s tax collection objective was increased by 18 percent.

They gave special incentives to the business community in the development package, he claimed, to reduce the economic impact of the corona pandemic. Punjab, he asserted, was the only province with a surplus in tax revenue.

You may also like Joint Venture of Pakistani and Austrian Firms Received K-IV Project.

Former authorities’ incompetence had harmed the province’s economy and development, he noted. He claimed that the previous administration had bankrupted the province.