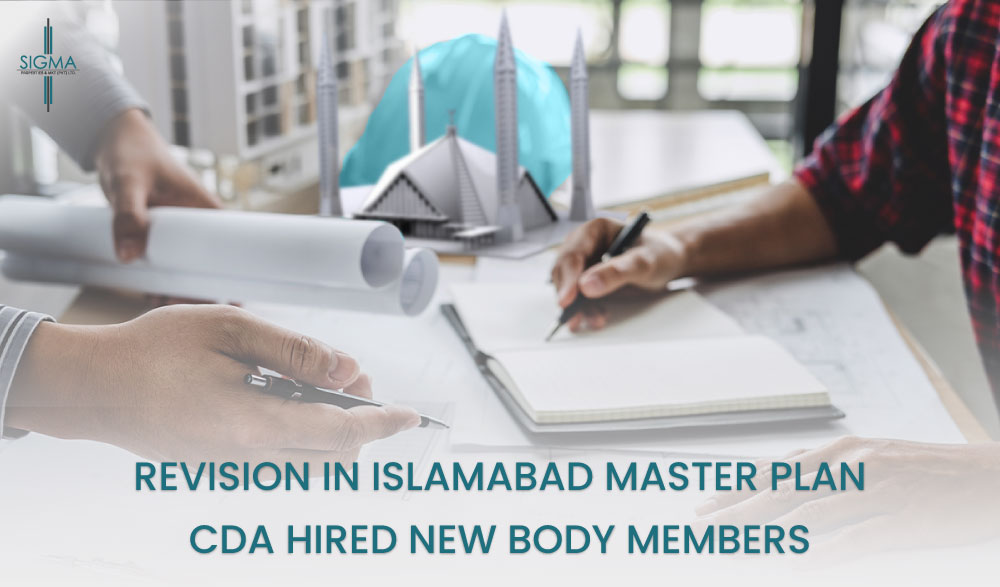 Sources reported that Capital Development Authority (CDA) had proposed the summary to the federal cabinet about three members to be added to the commission. The names of Sikander Ajam and Murad Jamil, the architects, and Brig Tepu Sultan have been moved to the Cabinet Commission.

CDA board member expressed to Dawn that if the cabinet accepted the proposal three more names would be added to the Islamabad Master Plan Commission. The member expressed that adding the members to the commission would cause ease and hasty completion of the task within one year.

In 1960 Islamabad Master Plan was created by the Greek firm and was supposed to be renewed every after 20 years, but the government did not pay any heed to its renewal. This pause caused flaws in planning issues like the growth of illegal buildings.

The government decided in December 2018 to form a commission of experts to focus on the renewal of the master planning. The federal cabinet approved the report in which it was stated that the commission members would form laws related to commercial buildings, and also, in certain areas, the unauthorized building would be regularized.

But there is no proposal for a solution for zone-III where illegal constructions were situated.

It was decided by the commission that a professional consultant would be hired by CDA to revise the master planning.

Looking into the matter of consultant would be required for almost ten areas.

Recently, it was recommended by the commission would seek bids from reputed firms for paper revision of the master plan through national and international press. However, it is come to know from 4 consultant firms having 11 companies submitted their bids, but no firm could come full-on criteria demanded by commission.

The CDA learned about this master plan revision and did not miss the opportunity call from the Federal Government.

It could face challenges if the civic agency awarded the contract. A few months ago, the CDA board turned an eye to this issue and decided to lift it up with the planning commission as it was the commission which has to take care of the Request for Proposal documents for calling bids from consultant firms.

The sources added, the CDA is in communication with the commission to call for fresh bids because, for a long time, the issue was undecided. The consultants would be hired, and they would be asked to study those ten areas, and then the commission itself would make changes to master planning. It is added by the sources that there are 50000 acres in zone-III, in which 30000 are covered with Margalla Hills National Park and 20000 acres with private land. But owners of the land have been facing a hurdle in the development of their property.

The CDA did not acquire these lands and did not prepare any construction since 1961. People have been giving up basic utility connections.

The CDA board member stated that the issue of zone-III would be given first priority.

There were made 40 selected changes to the master plan by the successive government without getting any input from professional consultants.

The board member added that the issue of housing schemes should be given attention, and also civic and planning issues would be resolved by the commission.