RDA is Considering to Restore Rawalpindi’s Historic District and Fort 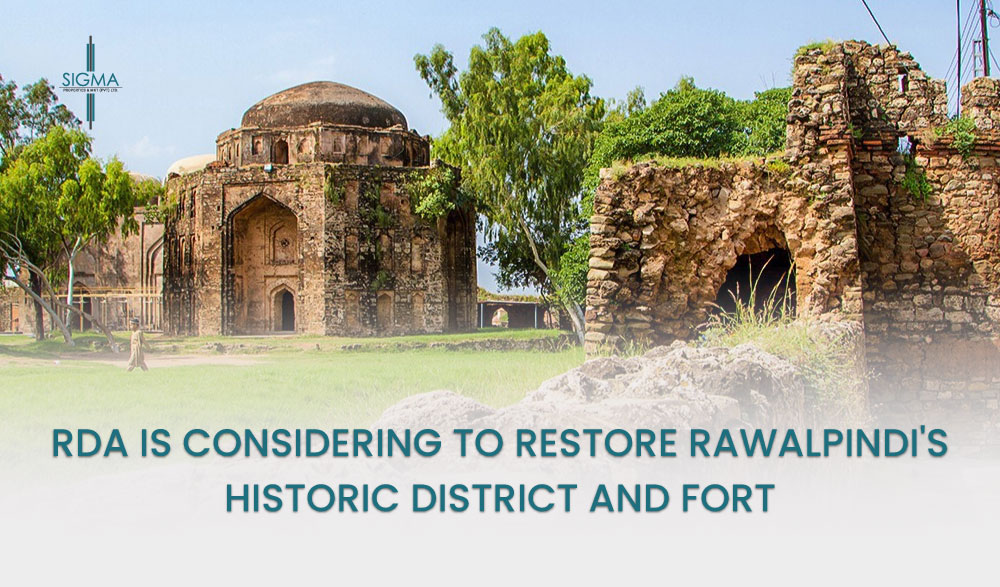 RDA is Considering to Restore Rawalpindi’s Historic District and Fort

The Walled City of Lahore Authority has formally engaged experts for the restoration of an old fort and commercial and residential areas. Officials have stated that the Metropolitan Municipal Corporation Rawalpindi will shoulder the expense of the repair project. Under the project, Bhabra Bazaar will have a food street and all old buildings would be restored.

According to officials, the initiative to restore Rawalpindi’s historic district such as the temples and Sajan Singh Haveli will cost PKR 200 million, which will be covered by the Punjab government. Residents have been included in the Bhabra Bazaar redevelopment and food street project, as per Rawalpindi Development Authority Chairman Tariq Murtaza.

Tuff tiles will be used on the inner road from Teli Mohalla Murree Road to Bhabra Bazaar, and all cable and transmission lines will be run through an underground conduit. This means that within the boundaries of these rebuilt lands, no electricity pylon will be present.

All neighbouring buildings will be painted with the same design as part of the project, and the food street will feature stands selling a variety of local foods as well as separate benches for men, women, and families. Based on the current statement of the RDA chairman, vehicles, rickshaws, and motorcycles would not be permitted to enter the food market during a specific time.

A survey for the restoring of Rawalpindi’s historic district Sajan Singh Haveli and the seven temples, which are in shambles, has been finished, according to an RDA official. He mentioned that work on this project will begin in the current fiscal year’s first quarter.

The officials stated that Kamran Lashari, the head of the Walled City of Lahore Authority, recently visited Rawalpindi to assess the project.