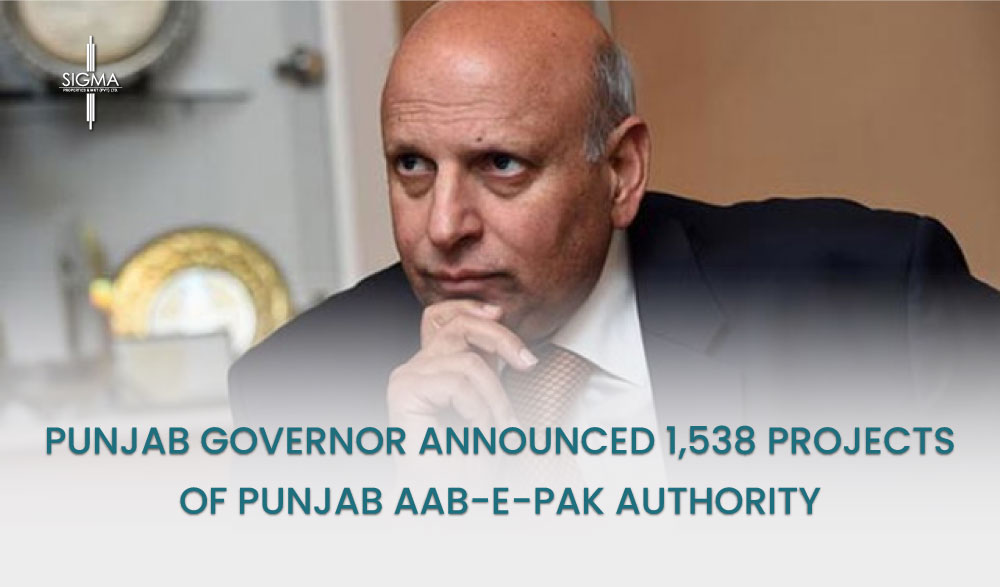 Punjab governor announced 1,538 projects of Punjab Aab-e-Pak Authority at the cost of PKR 5,500 million while speaking at a reception hosted in honour of provincial ministers and members of the assembly. He said that after two years, the bureaucracy and Punjab Aab-e-Pak Authority are finally on the same page for providing safe drinking water to the people of remote areas.

The governor of Punjab told the people that these projects would be transparent and that no one would receive or provide commission on them. He went on to say that filtration facilities would be built in all of the province’s constituencies, regardless of party affiliation. Regardless of their political affiliation, he stated that they would provide clean drinking water to the people.

Sarwar stated that his party does not believe in transitory solutions and has taken serious steps to tackle the situation permanently. He claimed that the opposition’s criticism of the government’s programs was motivated by political considerations but that the public is aware that Prime Minister Imran Khan has no personal agenda.