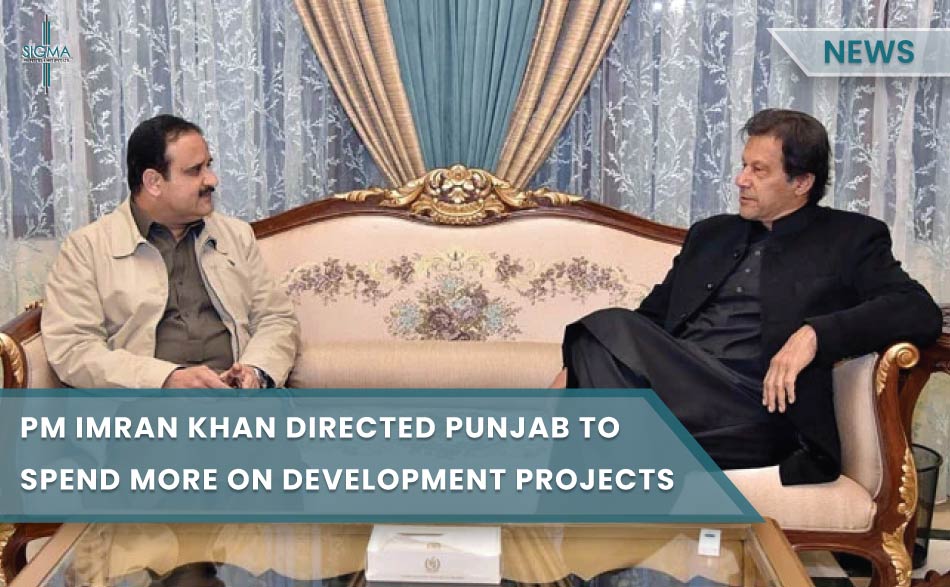 Prime Minister Imran Khan has directed Punjab to spend as much money as possible on development projects. On Monday, the prime minister gave the order in a virtual conference with Punjab’s political leadership and administration. The Prime Minister was supposed to undertake a one-day visit to Lahore on Monday, but severe weather forced him to change his plans.

The prime minister placed a specific focus on district development packages, stressing that all district and department heads will take responsibility for the timely completion of development projects. He urged the construction of playgrounds in every area so that children may participate in healthy outdoor activities.

The Punjab government has allotted a 66% increased budget for development projects during the current fiscal year 2021-22. During the current fiscal year, Punjab intends to spend at least Rs530 billion of its Rs560 billion development budget, according to Chief Minister Usman Buzdar. Punjab spent 97 percent of the authorized development money on 5,889 programs in the previous financial year 2020-21, according to the chief minister, which was a record spending in the last decade.

The prime minister said shrines around the country were a historical asset that needed safety and maintenance while chairing another conference on shrine protection and restoration. He emphasized that the shrines need promotion on a global scale to promote religious tourism.In Punjab, the prime minister instructed the development of a comprehensive plan to properly use land near shrines for hospitals and educational institutions.

Tree plantation was highly important to maintain the environment, which was on the government administration’s top agenda while chairing another meeting with the Punjab government. The prime minister has asked the Punjab administration to complete a tree-planting plan at the divisional and district levels as soon as possible.

If you want to know more: Rs 360 Billion Allocated to Resolve Issues in Punjab