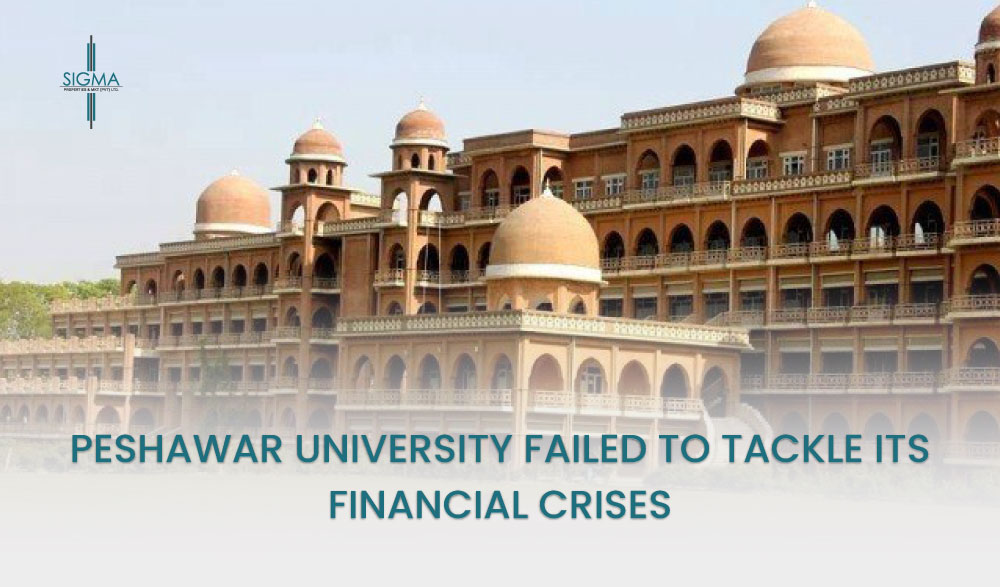 The universities are facing problems to cope with their expenses. Similarly, Peshawar university failed to tackle its financial crises. The university had asked the provincial government in December to allow it the package of Rs 618 million.

Peshawar University is receiving less amount from its land holdings and commercial properties. According to the details of the properties and rents, the university is renewing leases and increasing rents in line with the current market. The new rates have the potential to push the university’s income from these properties to Rs200 million per year.

Dr. Qasim Mansoor Jalali, the registrar of Islamia College, Peshawar  University, did not return calls or texts regarding the matter.

According to the report, the institution received Rs24.84 million in commercial properties and Rs5.4 million in agricultural lands each year.

Some of the tenants in Khyber bazaar were lawyers. They did not agree on the monthly payment of the rent, so a huge amount was pending. Some of the buildings were very old, about 100 years, and they were not to restore or change. Most of the building in the Bazar was in bad shape and had only two floors.

Peshawar university decided to improve the quality of the buildings. It will increase the number of rents. The university then may handle its financial problems. The letter also outlined a plan for the institution to develop these assets into profitable assets in the future.

The document proposed to remove the current tenants and develop the buildings into multi-storeys buildings with the consumption of current assets.

There were 221 shops and flats in the Islamia club building spread over 14 kanals. It generates the amount of 9.55 million per year. Peshawar University has 221 shops over 55 kanals of land in charsada sabzi Mandi, but it is giving only 15.2 million in rents. Similarly, according to market price, the rents could have reached to 106.5 million.

The Peshawar University has 1089 jribs of agricultural lands in Harichand and Rai Mahal areas of district Charsadda and Tarnab areas of Peshawar. These lands were earning 5.44 million per year as Rs 4993 per Jrib. According to the new markets rates, these lands could have earned Rs 21.7 million per year.

The university budget 2021-22 is Rs 1.07 billion. Pension liabilities are 151 million, and the amount assumed for pensions is 25 million.

The Peshawar university talked to the HEC that the university had financial crises and had a shortfall of Rs 120 million.