Peshawar High Court Ordered To Complete The Work On Tubewells 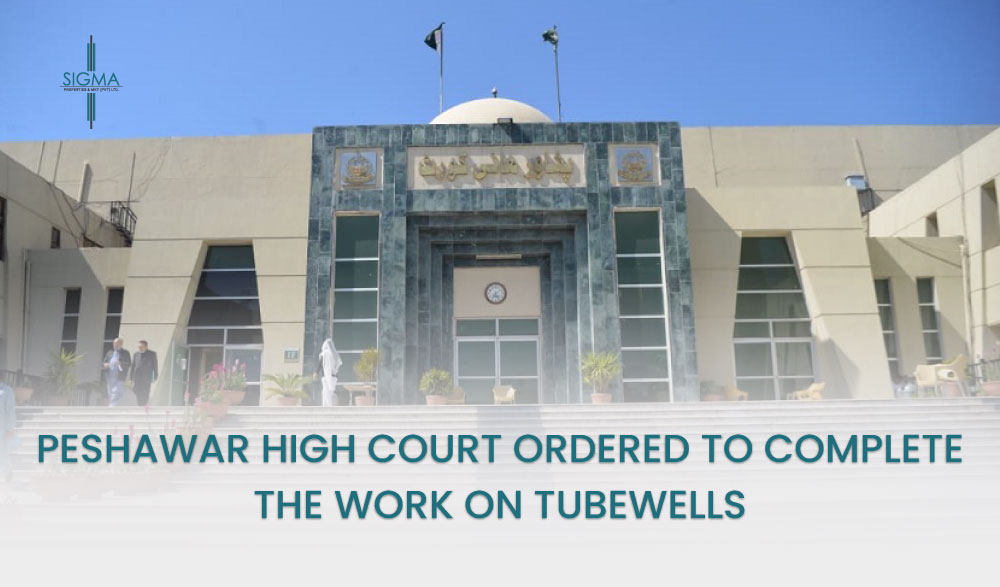 Peshawar High Court Ordered To Complete The Work On Tubewells

Former MNA Haji Ghulam Ahmad Bilour requested the court to issue the order of 13 tubewells. The water project was part of the development schemes launched during the Past government. Then Peshawar High Court ordered to complete the work on tube wells. Chief justice Qaisar Rashid Khan and Justice Syed M Attique Shah, PHC, accepted the petition.

The court asked the provincial government to start work on the project as soon as possible. It also ordered them to make functional all other rehydration schemes in Kohati area of Peshawar.

The government had completed the work construction of 13 tube wells. Petition’s counsel Tariq Mansoor said that due to political reasons govt did not want to make it functional.

According to the director of WSSP, the government had already completed work on 13 tubewells, but the work on the others had yet to be completed.

Electricity had to be connected to the tube wells, he said, and civil work on some of them was also incomplete. He said that five of the tubewells were on private property. The owners of the lands wanted to hire them before the operation of tubewells.

Read more : Work On Margalla Road Will Start On Thursday

However, he confirmed that there was no borewell’s construction of private land. The land beside the graveyard belonged to government property. The claims of the public were false. And then he said that soon the tube well is in progress.

The Peshawar High court ordered the PWD to submit the final report of work progress to WSSP.  The court also issued them strict notice to facilitate the people with the provision of water.

Tariq Mansoor took notice that the function of rehydration and maternity in Kohati areas of Peshawar was also non-functional.

The Peshawar High court directed the commission and work department to carry out the project and make a hurry in functional progress. The completion of tubewells would have water facilities for the area’s people. They would have fertile lands and would get rid of barren agricultural land.