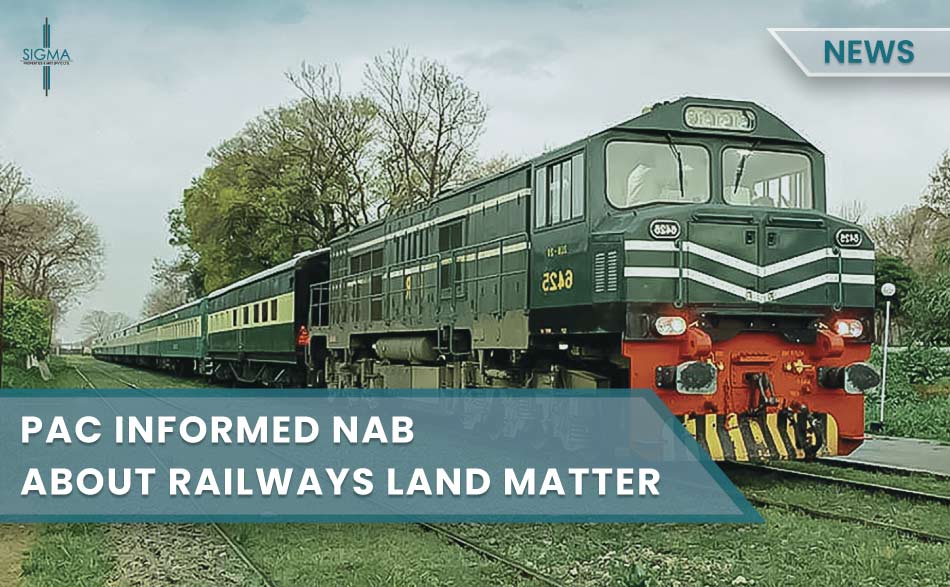 The committee has noted that railway land at Wazir Mansion Station had some flaws. So, Public Account Committee informed NAB about the matter to start an investigation. The meeting with Rana Tanveer Ahamda also expressed regret over the misuse of total funds by the Railways.

The committee was not happy with the act of railways as they spent the budget of Rs 39.41 billion but did not give any restoration or development to the railway sector. PAC meeting also discussed that how the railways ministry had problems in receiving the allocated funds.

PAC committee member Sherry Rehman was curious about the cut in the railways land budget. She asked that 31 accidents happened in three years, and no one took any action or investigated the matter. If other countries had faced such a problem, it would have started a criminal investigation. And the railway officials are responsible for the happenings.  The committee member added that even the railway tracks are not according to the standard they need repairing.

PAC committee chairman Ahmad that the money was missing. In addition, there is something which the railway officials were hiding. He also cursed on the progress of railways about the investigation of railway accidents which lead to many destructions.

Then, an official of the railway clarified that only one accident had happened, and we had initiated an inquiry. And he added that the actual amount which was not spent was 806.4 million. And the planning ministry had decreased the grant.

The audit officials stated that the railway had faced a loss of 5.53 billion due to non-payment to the railways on possession of 93 acres of railways land in Punjab.

The PAC chairman promised to solve the issue as this railways land matter belongs to the poor, and he would call a separate meeting of the railway committee.