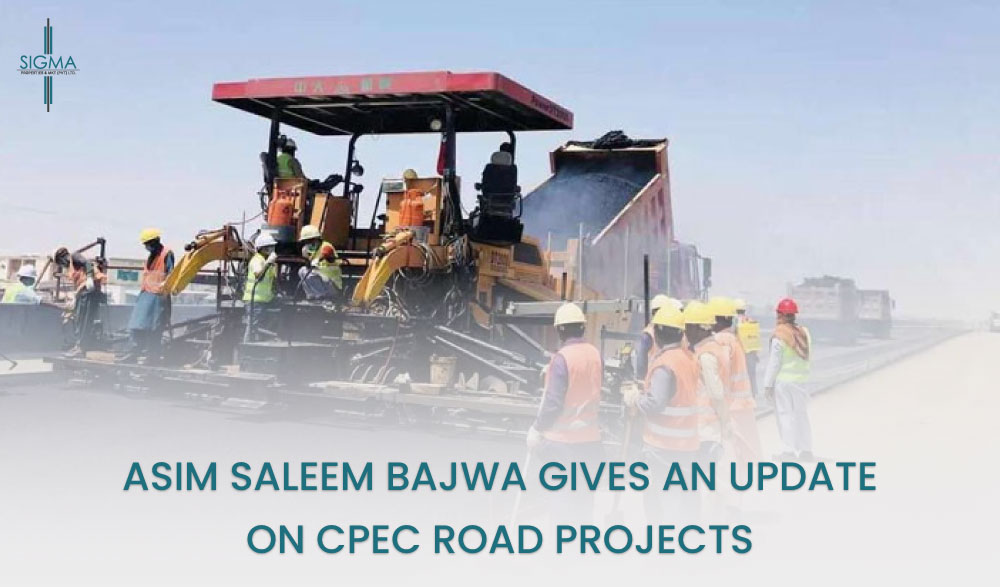 The CPEC news sources reported, Lieutenant General Asim Saleem Bajwa (retd), China Pakistan Economic Corridor Authority Chairman, has shared his views on May 23 about the development of Balochistan, and an important work would be started on 103-km long Nukundi- Mashkel road project in the province to increase relations and connectivity with Iran.

The chairperson, CPEC, added that other roads are also under construction, which would develop the province, Baluchistan, and would help to bring together the two countries. He also expressed about the design of200 km Mashkel-Panjgur road, which was in progress.

The distant regions of Baluchistan would be made more accessible by connecting National Highway N-40 and Ratodero Motorway M-8, which is commonly considered the Western Route of CPEC.

Gwadar is becoming the centre for all economic activities because the CPEC holds all the infrastructural developments.

To improve Gwadar’s connectivity with the rest of the country, Bajwa believes that the developing road project in South Balochistan is necessary.

An official from CPEC stated, whose name is not mentioned in a news report, that 60% of work had been completed on Baima Khuzdar Road, and construction of Hushsab Awaran road had just begun. The 146-km long Awaran-Khushab Road would be completed in three years at an approximate cost of 20 billion, which would connect the Gwadar port with Sindh. By the end of the year 2021, the 106-kilometer long Basima-Khuzdar road would be ready for transport at an estimated cost of 11.749 billion.

The official sources also shared details of the projects which had already been completed and made their executions under CPEC. Queta-Hoshab Road (N-85), Surab-Queta Road (N-25), Rathodero-Khuzadar Road (M-8), and Gawadar-Khoshab Road are included in the projects which are being mentioned above.