Pleas Against Land Grabbed by DHA 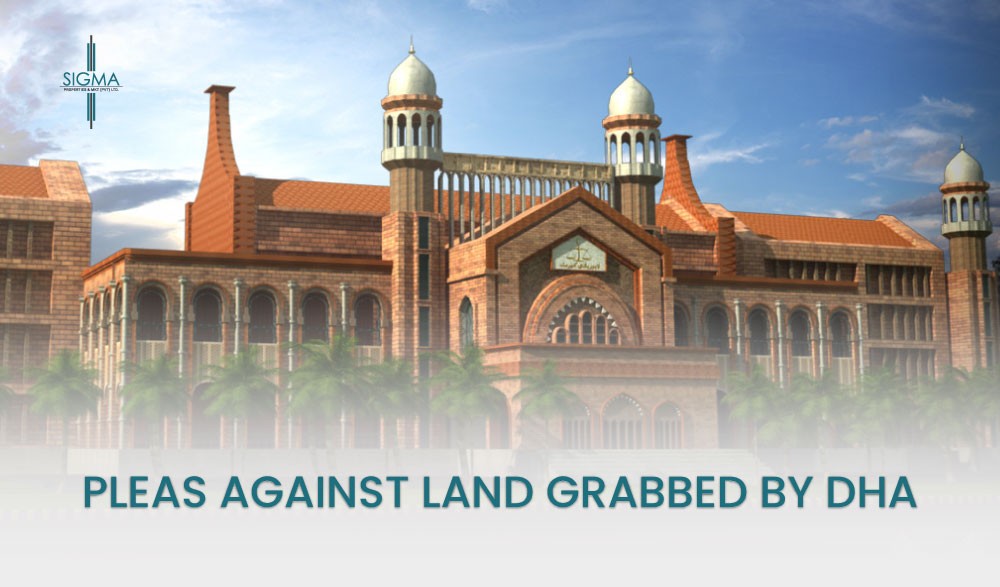 Pleas Against Land Grabbed by DHA

The petitioners filed pleas against land grabbed by DHA, Defence Housing Authority. Advocate Asif Imran Awan stated that his clients wanted to withdraw the petitions. The DHA had compensated the petitioners, and they soon would file a case against the authority.

The authority grabbed the land under the name of reclamation. For years citizens have been fooled by the administrations. The administration don’t allow the folks to know about the lands scam. people have been purchasing chunks of lands without asking for their legal status.

The Chief justice accepted the petitioners’ appeal. Raheel Tufail, Zulfiqar Hussian and Zeeshan Mehmood, the petitioners, had got different pieces of land allotted on three years lease from the Evacuee Trust Property Board(ETPB) for agriculture purposes in mauzas Mota Singhwala, Lidhar and Dera Chahal near Bedian Road, Lahore. They stated that the Defence Housing Authority (DHA) had illegally occupied their lands.

According to the Evacuee Trust Property Board, EPTB, the lawful and legal owners of the lands were the petitioner of the land in question.

In the previous hearing, the chief justice, Muhammad Qasim khan, got angry with the Defence Housing Authority for grabbing the lands of poor people.