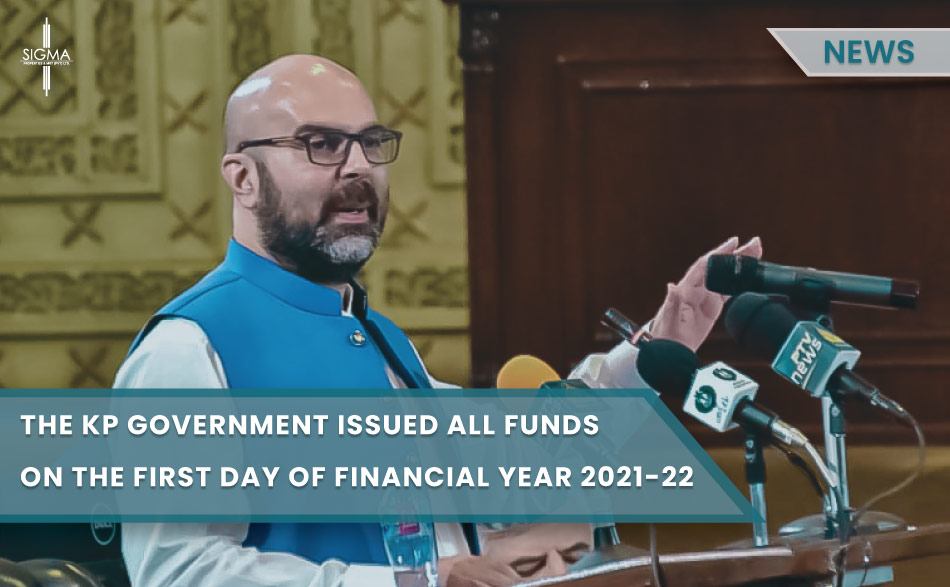 The Kp government outdid all other provinces and issued 100% of the government’s funds for the development project on the first day of the financial year 2021-22.

The 165 billion funds are for both merged tribal districts and settled districts. Taimur Saleem jhagra, finance minister and spokesperson for the government Kamran bangash, informed that this happened the first time in history that the KP government is managing the finance body better. The allocation of the funds on time would change the country’s financial position and approach.

There were frequent complaints against the government in the term of allocating funds in the previous governments. However, the present government had released 45% of funds in June. And definitely, the consumption of almost 50% of the whole budget in a month would change the quality of changing.

This is a revolutionary step to utilize the funds equally, even in the snowbound areas where the work was delayed.

This step will create an atmosphere of competition among the governments of other provinces. It will also regulate the departments which failed to use their allocated funds. And it will also smooth the way for the development. And the government would transfer its responsibility to the concerned department as they were always complaining about the issuance of funds.

The opposition leaders made shouts in budget speeches and demanding for early allocating of the funds. The government issued the funds before their expectation. It will lead to the promise of the CM to protect the rights of the province.

Jhagra praised the finance minister for helping in strengthening the relations of federal and provincial governments. It would have a good impact on financial management. The Finance minister also encouraged the efforts of the KP government for their action planning and promised to clear other funds of rs 10 billion in two installments.

Read more: Construction Of  Parking Plazas As Part Of ADP