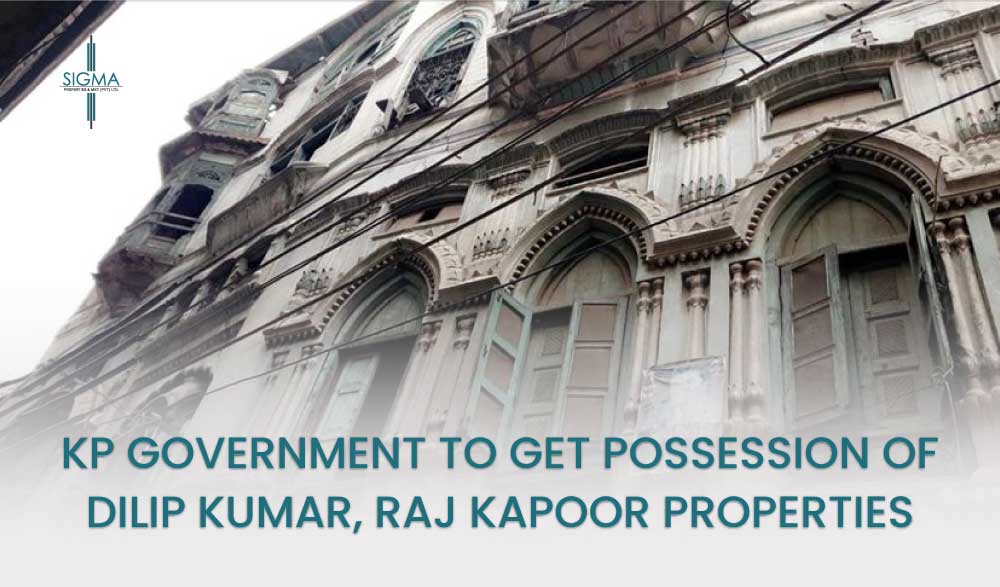 Deputy Commissioner Peshawar announced that the KP government would get possession of Dilip Kumar and Raj Kapoor properties. They are related to the film industry, and their heritage is in Pakistan. After acquiring their ancient houses, the Director Archaeology and Museum KP would take ownership of their property.

The provincial government decided the conversion of both houses into museums. The departments took possession on Monday.

According to the  Act 1894 of land acquisition, sections 4-6, 17, the local administration completed all the legal procedures.

The real owners of these houses refuse to sell the property. They submitted a written objection application to the Deputy Commissioner Office.

Similarly, the government fixed Rs 15 million for Raj Kapoor’s house. It consists of 6 marlas and located in Dhaki Dalgaran. Both owners can appear in court in case of any objection.

Abdul Samad, Director Archeology and Museums KP, stated that previous governments made fake promises and did not take any legal steps. But the current government fulfilled the promise and took possession of the said property.

The next step for the houses is to restore them to their original form and then to convert them into museums.

Bakhar Ali, the owner of Raj Kapoor Haveli, filed a written objection to the court. He stated that Late Haji Khushal Rasul Had purchased the property in 1968. later on, haji had sold the property to him, the applicant, and now he is not willing to sell the property to anyone else.

The property is located in populated areas and not fit for the establishment of the museum. It would be difficult for the KP government to pay to the applicant Rs 1 billion as he demanded against the property.

Likely, Gul Rehman Mohmand, Kashif Naseem, Abdul Jalil Faqir( owners of Dilip Kumar’s House) submitted a written objection to the DC office. They stated that the house is not suitable for the museum as it is not an antique and it is in a draught position. It cannot be restored as it was.

The owners then demanded Rs 70 million per Marla. They want to sell their property on 35 crores in which includes 15% of profit also.