Opposition Leaders Are Not Happy With The KP Budget 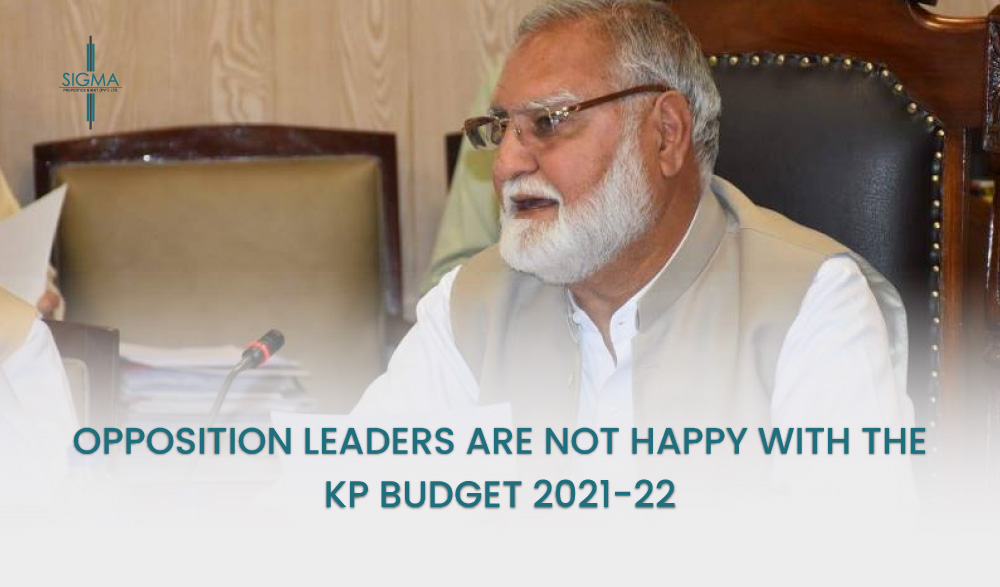 Opposition Leaders Are Not Happy With The KP Budget 2021-22

Opposition leaders in Khyber Pakhtunkhwa Assembly are not happy with the KP budget 2021-22. They protested that the budget is only for PTI lawmakers and not for the whole province.

They accused the administration of “discrimination” in allocating development funding, stating that they had ignored their constituencies.

Speaker Mushtaq Ahmad Ghani presided over the House of Representatives second day of debate on the KP 2021-22 budget.

The budget session went through without a hitch because the Treasury and opposition parties agreed ahead of time to follow the traditions and standards.

On the second day of the budget debate, ANP MPA Samar Haroon Bilour complained about differences between the amounts mentioned by the finance minister in his budget address and those reflected in the budget documents. She inquired of the speaker as to which figures she should believe to be correct.

According to the opposition lawmaker, the upcoming KP budget 2021-2022 is “flawed, unfair, and unjust.”

KP had never been favoured by Islamabad, according to ANP Parliamentary Leader Sardar Hussain Babak. Hence it was denied rights. He claimed that the government’s poor planning caused ADP development plans to be completed in five to six years, resulting in Rs974 billion in throw-forward liabilities in the development sector.

Sardar Hussain Babak claimed that the provincial government had no intention of serving its citizens because it had not fought for their rights with the federal government.

PPP member Nighat Orakzai requested that the speaker not deliver budget materials to MPs elected on reserved seats, claiming that the budget does not include anything for them. She claimed that the new budget was a deficit budget, not a surplus or balanced budget.

According to JUI-F MP Mehmood , one of the province’s undeveloped districts has no development projects in the new budget. He argued that the development budget was not made on the basis of need but rather for the benefit of the PTI legislators.

According to PML-N MP Jamshed Khan, cash allotted for development initiatives has been dispersed inequitably, with the majority of funds going to PTI MPs’ seats.

He claimed that because locals contributed to the province’s revenue, they had an equal right to it, but that the government was only spending it on PTI voters. According to Bilawal Afridi Afridi of the Balochistan Awami Party, the federal and provincial governments must fulfill pre-merger commitments for the development of erstwhile Fata.

The JUI-Zafar F’s Azam Khan stated that no new scheme for the Karak district had been included in the province’s development plan. According to him, the ADP documents only contained two projects for Karak: the Gomal Zam Dam and the Logar Dam, both of which had been part of the program since 2012.