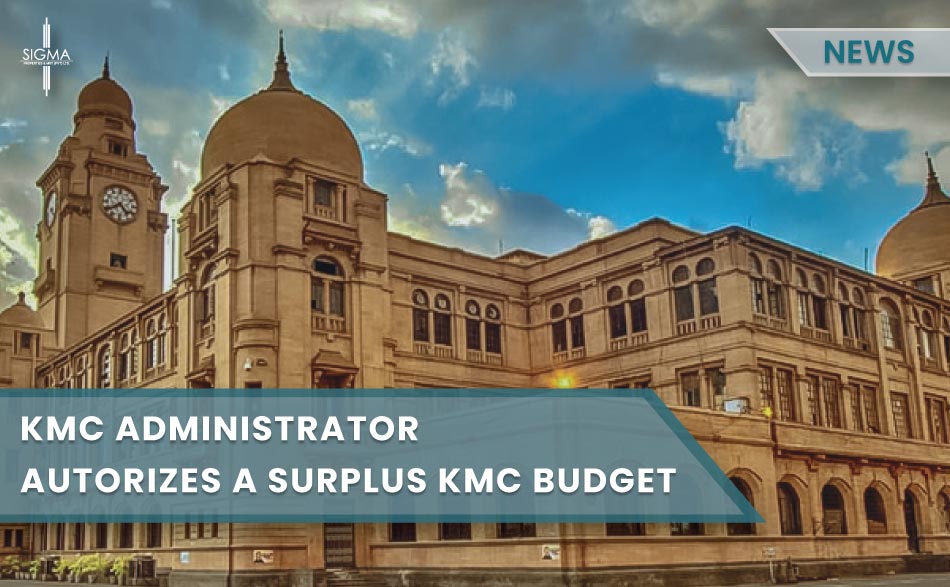 The Karachi Metropolitan Corporation cleared a tax-free budget of PKR 25.982 billion on Tuesday. A surplus of PKR 12 million and expected expenditures of around PKR 25.970 billion for the next financial year 2021-22. In the absence of an elected body, KMC Administrator Laeeq Ahmed used the City Council’s powers to approve the budget. The KMC budget does not include any additional taxes. According to the KMC administrator, they gave attention to development initiatives in the public interest for the coming fiscal year.

Non-development programs have been kept to a bare minimum, while new and ongoing road, garden, playground, and sports complex projects have been introduced to strengthen Karachi’s infrastructure.

The KMC Administrator stated that 200 programs initiated in the previous fiscal year would be expedited and finished in the following fiscal year under the Annual Development Programs (ADP).

With the arrival of the monsoon sea.son, the KMC Administrator said that priority would be given to programs that were likely to help the citizens. “The storm-water drain cleaning operation is ongoing and will continue in the future,” he added.

According to the administrator, all critical areas in Karachi, including the zoo, Hill Park, Kidney Hill Park, and Bagh Ibne Qasim, would be improved. At the same time, a total of 45 parks in KMC will be developed.

The Octroi Zila Tax (OZT) share and grant-in-aid of PKR 15.07 billion from the Sindh government is the primary source of revenue in the KMC budget, while the District ADP is estimated to be moreover PKR 5 billion.

You may also like, Is Pakistan ready for mortgage backed securities

In the KMC budget, there are outstanding dues of PKR 1.85 billion on K-Electric and PKR 100 million on the Karachi Port Trust.