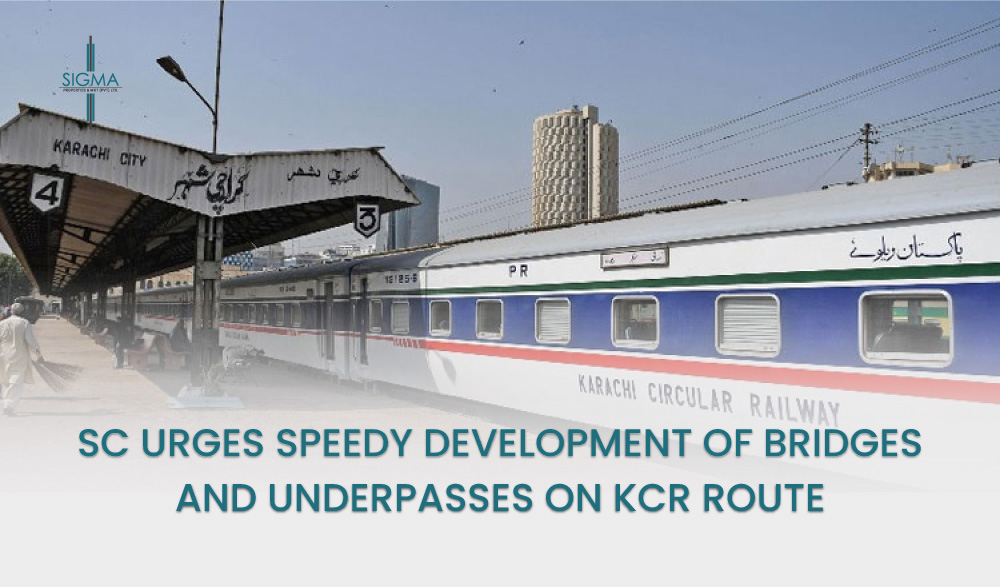 The Sindh government has been given a month to complete the PC-I, contract signing, and issuance of work orders for the construction of underpasses and overhead bridges on railway crossings along the proposed route of the Karachi Circular Railway (KCR).

Pakistan’s Supreme Court has issued an order for the government to provide financial assistance to build a Lahore road. The Frontier Works Organization was tasked with completing the project as quickly as possible. A three-judge bench led by Chief Justice Gulzar Ahmed directed the provincial government to give all necessary financial resources.

It instructed Sindh’s advocate general to report on the matter after a month.

The project’s feasibility report was authorized by the railroads and delivered to the Sindh government. Still, no PC-I had been approved, nor had any contract or work order been issued, according to the FWO lawyer. He asserted that they had not released the funds.

The Sindh AG has accused the Federal Railways Organization FWO of failing to take necessary steps to construct a new rail line. The court has asked the FWO to provide a timeline for the project’s completion by the end of March. It also demanded an explanation for why they took no action.

He further claimed that the Sindh government supported the project and that it would go above and above the financial commitment it had made to the court.

In light of the apex court orders, the FWO 494 group commander Brig Waqar stated that they had conducted a survey of the KCR route with experts and consultants and discovered that it was not possible to construct underpasses and bridges in certain areas and that the most feasible way to operate the rail in such areas was to elevate the track to cause the least amount of traffic obstruction.

He also claimed that the project’s overall cost would remain the same, with the added benefit of less traffic congestion and displacement of people.

Railway experts found the design of the KCR to be compliant with all engineering and technical requirements, says Railways Chairman Habib-ur-Rahman.

After hearing everything, the bench concluded that the updated design was viable, technically sound, and acceptable to all parties involved and that it would be successful.