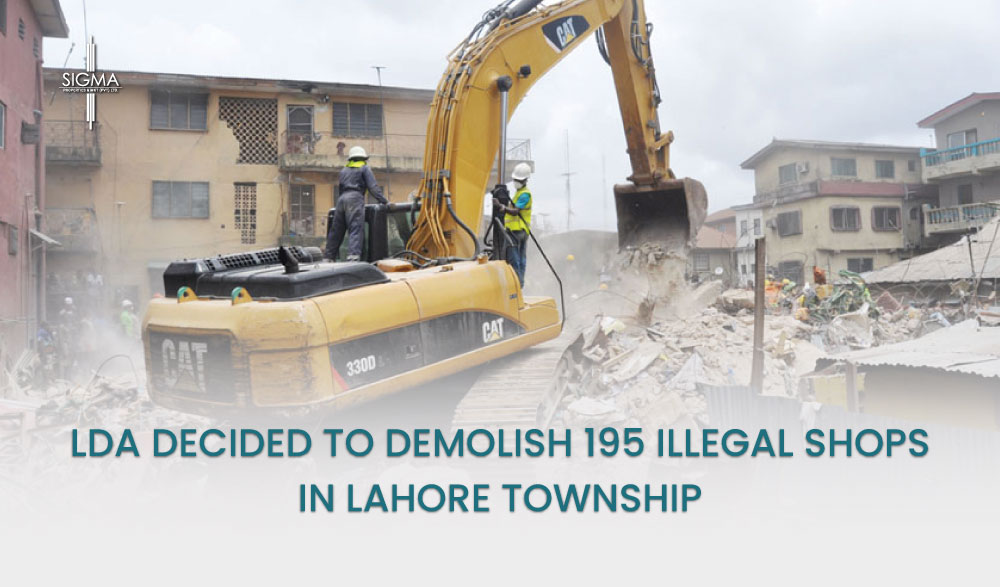 The Lahore Development Authority (LDA) and police teams demolished 195 illegal shops constructed at Jinnah Market in Quaid-i-Azam Town in a day-long operation that began early Friday morning (Township). Several merchants went to the scene shortly after the operation began at 3 a.m. in an attempt to save their stock. They also protested on the spot, chanting slogans criticizing the Punjab government and the LDA for demolishing their illegal shops without warning. Some of them were also detained by police for posing a threat and delaying the operation.

The matter was roughly 40 years old when it was ultimately settled by the LDA governing body, according to LDA Director General Ahmad Aziz Tarar. The body decided to clear the stores of all illegal inhabitants and shopkeepers. Finally, they were able to reclaim the state land, which has a value of over Rs2 billion.

According to a statement, the housing department built 203 stores at the Jinnah Market in 1987. The department granted seven stores to applicants well before handing over the initiative to the LDA in 1994. Following the raid, the LDA administration assigned one business to a shopkeeper, while the remaining 195 are illegal shops

Despite the LDA’s best efforts, they were not paying rent or leaving their stores. They also received additional stay orders, allowing them to continue their illegal march. Finally, the chief minister demanded that the shops are demolished and the valuable land is returned.

director of the estate management (Quaid-i-Azam Town) Rafia Nazir informed that the LDA has decided to build a shopping complex or begin any other commercial activity to increase revenue.

Meanwhile, the LDA has declared that all of its employees who participated in Friday’s operation will get a one-month wage as an honor.

Read more: Opposition Leaders Are Not Happy With The KP Budget