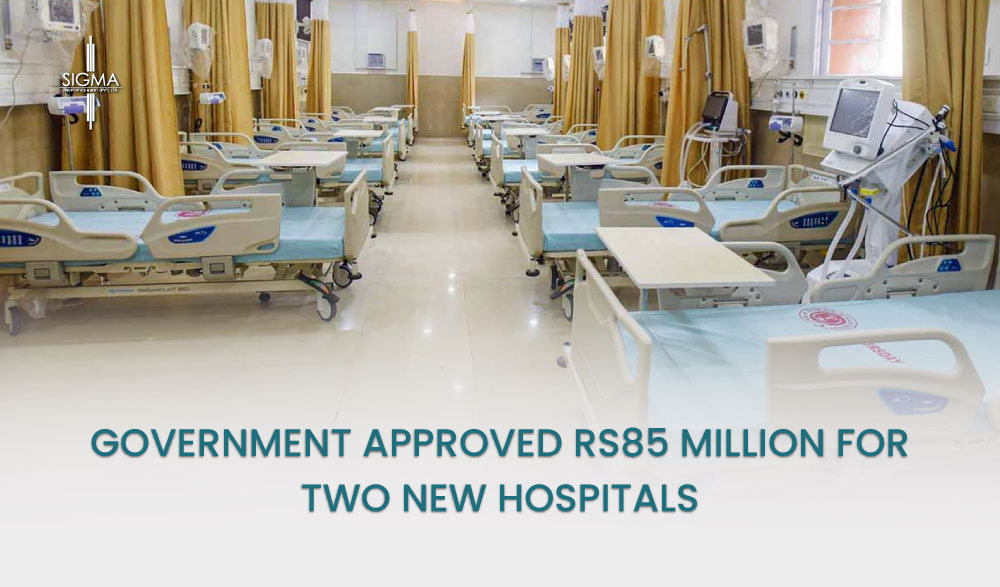 To ease the burden on Rawalpindi Allied Hospitals, the Punjab government has set aside Rs85 million for the construction of two additional 100-bed hospitals and the upgrade of another at the district’s entry points.

The provincial government has approved funds for the construction of two new hospitals (100-bed hospital near Taxila Chakri Jodian, a second 100-bed hospital in Murree) and the upgrade of Tehsil Headquarters Hospital Kahuta in the new budget year 2021-22. The government has the intensions to complete work on all three projects in the period of three years.

The government also approved Rs500 million for the establishment to three storey general hospital near Taxila Chakri Jodian( the junction KP and Rawalpindi district. The provincial government approved 93-kanal land for the project of construction of two new hospitals.

According to the Minister of Aviation Ghulam Sarwar, a project concept (PC) for the new project has been established, and the foundation stone would be set in the coming fiscal year. He stated that the new health center will include three operation theatres, an OPD, an emergency room, and a unique maternity area for the birth.

The facility will provide 24-hour service for emergency and traffic-related accidents that occur on GT Road and the highway, according to the provincial minister. The provincial government has also put approved Rs200 million to build a 100-bed general hospital next to the Murree TB Hospital.