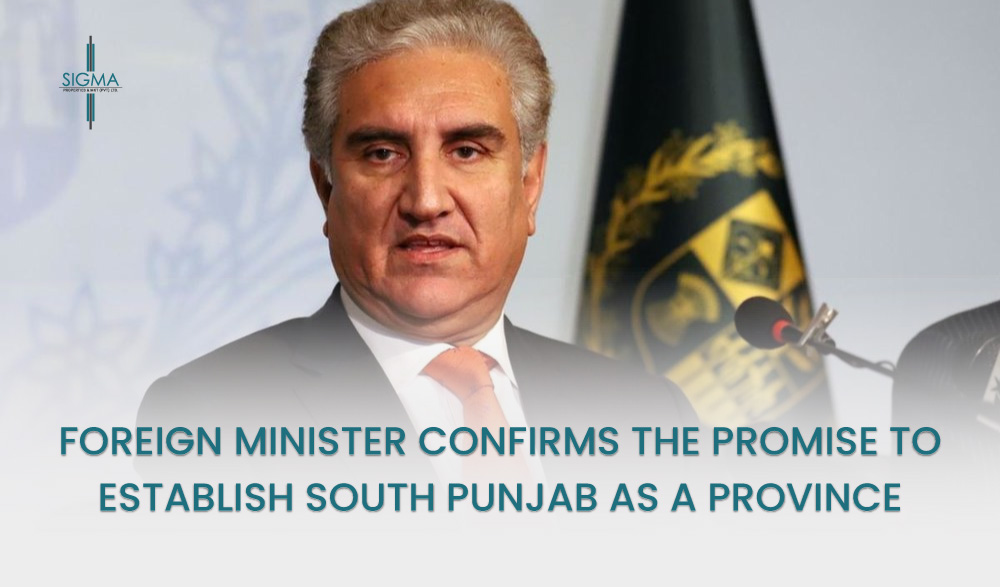 On Sunday, Foreign Minister Shah Mahmoud Qureshi stated the PTI government would keep its commitment to give South Punjab provincial status. Qureshi told a crowd gathered at the South Punjab secretariat, “The demand to transform South Punjab into a province is above any discrimination.” According to the minister, the foundation of a distinct province would mark the start of the region’s quickest development.

The minister stated that it was the PTI’s goal to achieve equal progress in South Punjab’s cities and towns. He thought that a separate budget would assist in addressing the region’s deprivations.

Various secretaries from the South Punjab secretariat briefed the minister on different uplift projects in the region.

The Foreign Minister claimed that allocating 35% of the budget to South Punjab marked the start of a new era of development. He went on to say that delegating powers to the secretariat in southern Punjab would aid in changing the region’s fate. It will also contribute to alleviating the people of the neglected area’s perception of deprivation. The secretariat will ensure rapid progress.

During the new fiscal year, he noted that they would finish 2,491 uplift schemes. The additional chief secretary went on to say that they would closely monitor the development efforts. Additionally, the S&GAD, interior, local government, livestock, forest, revenue, education, health, communication, canal, and other departments were present.

You may also like: Ehsaas Initiative Gives Scholarships to KIU Students.

Qureshi remarked, “Who controlled Punjab for the last few decades?” in response to PML-N Vice President Maryam Nawaz’s allegations regarding the deprivation of South Punjab.

“We do not know who deprives South Punjab. When the money was unfairly diverted elsewhere? The foreign minister had said, “In what age was the slogan, ‘We are prisoners of the throne in Lahore,’ popular?”

According to Qureshi, the PTI government has made two critical choices regarding South Punjab in the previous two and a half years.

“To distribute power to lower levels, two administrative secretariats have been established in Multan and Bahawalpur. He said that there had been a designation of special money for South Punjab. They would spend it on construction and development.