CDA Completion of Fencing for Islamabad Expressway by June 30 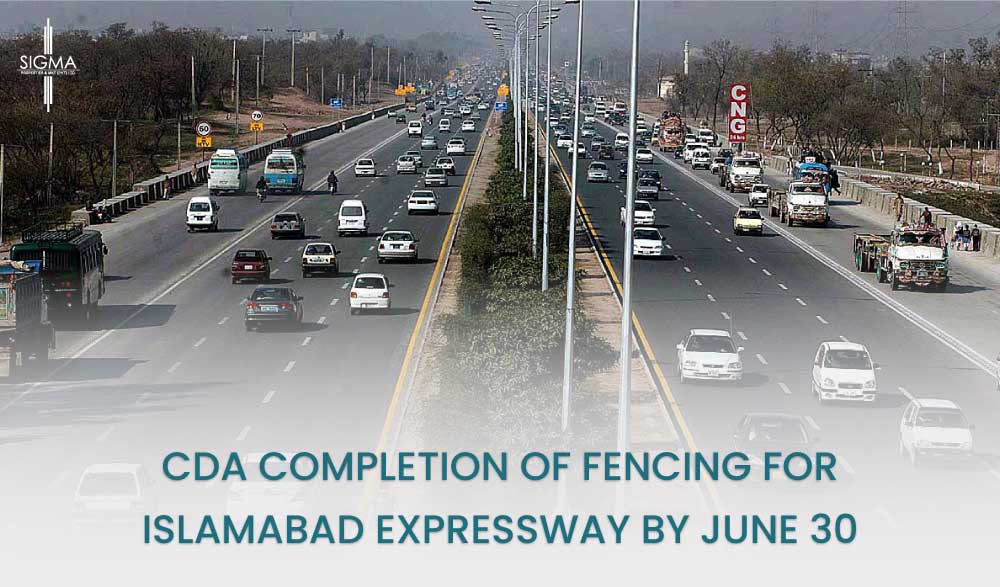 The CDA Completion of Fencing for Islamabad Expressway by June 30

Capital Development Authority(CDA) decided in a meeting to cover the fencing for Islamabad expressway. The CDA announced that the completion of fencing would take less time than a month. The contractor would complete it by the End of June. The Capital Development Authority CDA went to examine the work of fencing and made sure the completion of work.

The work of fencing is under process. The concerns have completed to fence 12-km of Highway. The plan for the fencing was to border the Highway from Faizabad to Koral. The CDA will also fence the graveyards nearby the Express Highway.

In a flashback to the news, the Capital Development Authority (CDA) chief was annoyed on the delay in fencing progress. The chairman had demanded a report from the concerned departments about fencing the Express Highway. He also had directed to complete the work by then. The Chief, CDA, was annoyed that the project of fencing Express Highway should have been completed in a short time.

So the CDA now announced to complete the fencing project by the end of June.