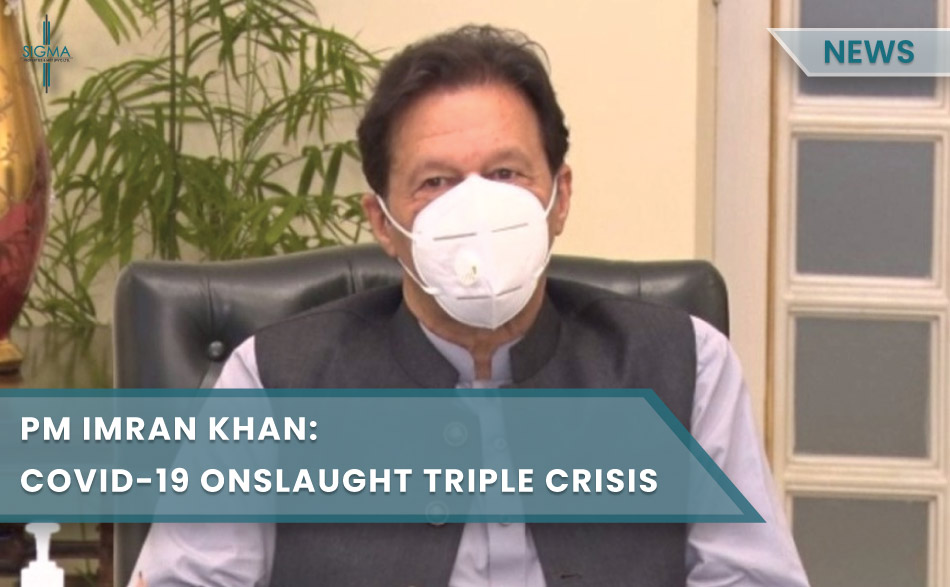 Prime Minister Imran Khan on Tuesday while delivering his address virtually at the United Nation High-Level Political Forum on Sustainable Development stated that Covid-19 deteriorated world’s economy thoroughly but developing countries were most vulnerable than other.

In start he emphasised on the production of vaccine because higher the production, more will be the distribution. He applauded the vital work done by the developed and high-income countries but also cautiously stated that more work needs to be done. Of the critical urgency, is the waiver of intellectual property rights. To cope with the current crisis the waiver of intellectual property rights is inevitable. Couple of months back, Joe Biden also sought for the same manifesto.

He then brought the attention of global powers towards the the economic crises onslaught by Covid-19. He added that high-income countries injected $ 17trillions to energize their economies however developing nations failed to do so because of the inadequacy of resources. Developing countries need at least $4.3 trillion to stimulate their economy following the lasting affects  of Covid-19. By doing so, developing countries will be able to implement the SDG’s goal sat by United Nation. Unfortunately developing countries procured less than 5 percent of the required amount.

He also highlighted the proposal of IMF Director-General that the high-income countries need to willingly re-allocate a share of their unemployed IMF quotas should be approved desperately.

Talking on the prospective of climate change, he stated that the commitment made by developed countries to provide $ 100 billion per year in climate finance needs to be fulfilled. It will pave the way for the success of the upcoming Climate Change Conference of Parties (COP-26) which is going to be held in Glasgow. He added that the requisite wealth for climate finance is now over $1 trillion. He also lamented that at least 50 percent of climate finance should be allocated for adaption.

At the end, he acclaimed the commendable role played by United Nation Secretary General and  the whole UN system’s reliefs and recovery efforts in the wake of the pandemic.