Completion of SCBA Housing Scheme on Park Road is Underway 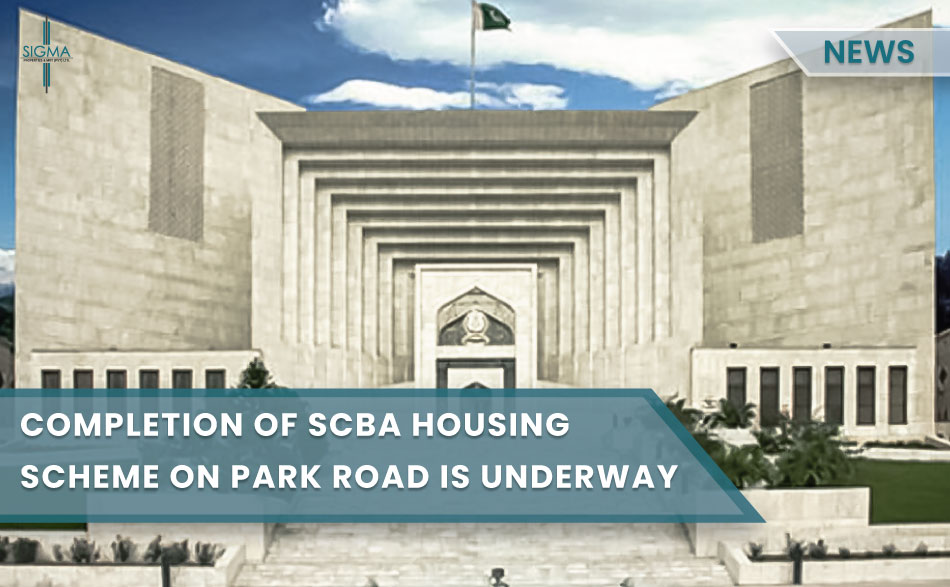 Completion of SCBA Housing Scheme on Park Road is Underway

According to the minutes of the FGEHA’s 13th executive board meeting, the SCBA would ensure that all land issues pending in various courts were withdrawn by the landowners, following the Committee’s planned course of action. The SCBA would also assist FGEHA in its negotiations with the Authority’s remaining landowners. The land supervision committee recommended that the implementation of the project be in phases, with Phase 1 consisting of 4,100 Kanal reserved for SCBA Housing Scheme’s members.

The SCBA would be responsible for providing the Federal Government Employees Housing Authority with control of 4,100 Kanal of land in Mauza Mohrian, as well as 150-foot broad access to the site, which would consist of 90 Kanal crossing via Mauza Tamma, after which the FGEHA would carry out the development work.  The SCBA Housing Scheme would be on 4,100 Kanal in Mauza Mohrian with price consideration per award for 2,100 Kanal and a land-sharing formula (a 500 sq. /yard finished plot for every revenue Kanal of raw land) for 2,000 Kanal, according to official papers. The landowners, on the other hand, would be responsible for the development costs for their plots.

The nearly 250 remaining plots in Phase 1 would not be available to SCBA Housing Scheme’s members. The FGEHA would distribute them to its members, who are federal government employees. In later phases, there is an obligation on FGEHA to return the plots to the SCBA. The Federal Government Employees Housing Authority would own the entire commercial area.

You may also like, Federal government allocated PKR 9 billion for Karachi’s development.

The Federal Government Employees Housing Authority will have to amend the terms of reference of the existing award to include a land-sharing clause. It was the basis on which the SCBA had negotiated with the landowners. The Chairman of the Land Supervisory Committee also authorized FGEHA to impose Section 4 on the remaining available land in Mauza Mohrian to allow for additional expansion and, if necessary, to fill the shortfall.

According to the minutes, the SCBA would also ensure that the landowners would withdraw any issues involving village Mohrian ongoing in various courts. They would also assist FGEHA in its negotiations with the Authority’s remaining landowners. As part of the land cost, the SCBA had deposited PKR 5 billion with the FGEHA. After disbursement of the award price, the Federal Government Employees Housing Authority will refund the remaining excess amount to SCBA, responsible for the project’s development costs.

The FGEHA’s Executive Board is to approve the following recommendations:

The executive boards agreed that the suggested roadmap was acceptable if the SCBA and FGEHA followed the principle of parity in plot development and distribution in each phase.