CDA Fails To Prevent The Flames ON Margalla Hills 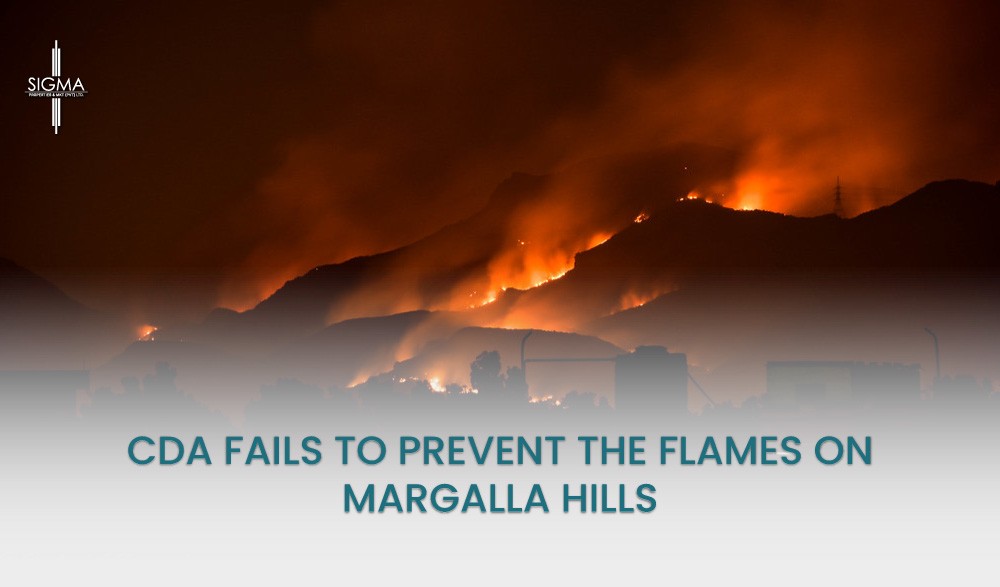 CDA Fails To Prevent The Flames ON Margalla Hills

Every year, the Margalla Hills come to face such incidents, but this is alarming that the Capital Development Authority( CDA) and IWMB continuously have failed to cover the incidents.

An official of the Capital Development Authority (CDA) said they should do a proper investigation to find the facts behind the fires. Though he said, fire is a natural happening, or it can be human activity.

He added more than the Capital Development Authority CDA regional environment wing, and IWMB is looking after the Margalla Hills National Park. He suspected that it might be the result of their rival behaviour against each other.

Another Official of the Capital Development Authority CDA claimed that they hire four hundred locals every year for firefighting purposes. There might be other reason for frequent fires on Magalla Hills.

The official added further that putting off the fires or hiring staff for this purpose was not the matter. He said that they should find the facts, whether the fire was lit up intentionally.

An officer of the environment wing added that CDA had been working their best to look after the Margalla Hills. The Capital Development Authority CDA has deployed 400 hundred local and 200 CDA workers to care for the Park.

In a phone call with Naveed Tareen, Director General Environment Wing CDA, he said that in the dry season, the fires burnt out naturally within seconds.

He added more than they were taking precautions to solve the problems of fires. The CDA had assigned the task to dedicated workers of sorting out the problem of fire.

Rina Saeed Khan, Chairperson of the Islamabad Wildlife Management Board IWMB, said that they are worried about the loss of wildlife in the fire incident. She said that three incidents of fire had happened which were controlled. She added more than 60 members of staff would focus on the fire issue the next day.

She added more that this fire was not natural but human activity. She said that according to her staff, an unknown person was involved in the incident. She added further that they would investigate the matter and would take strict action against the offender.

The CDA and IWMB are not doing well collectively. They have reservations about each other.  Both are trying to prove that they are best in government pages. But they don’t focus on Margalla Hills fires, which is a matter of danger for the environment and residents of Islamabad.

Ali Nawaz Awan, the special assistant to Prime Minister on CDA Affairs, informed PM Imran Khan about the fire issue and ensured that he himself would look into the matter.