CDA Directed To Complete Rawal Flyover By End Of October 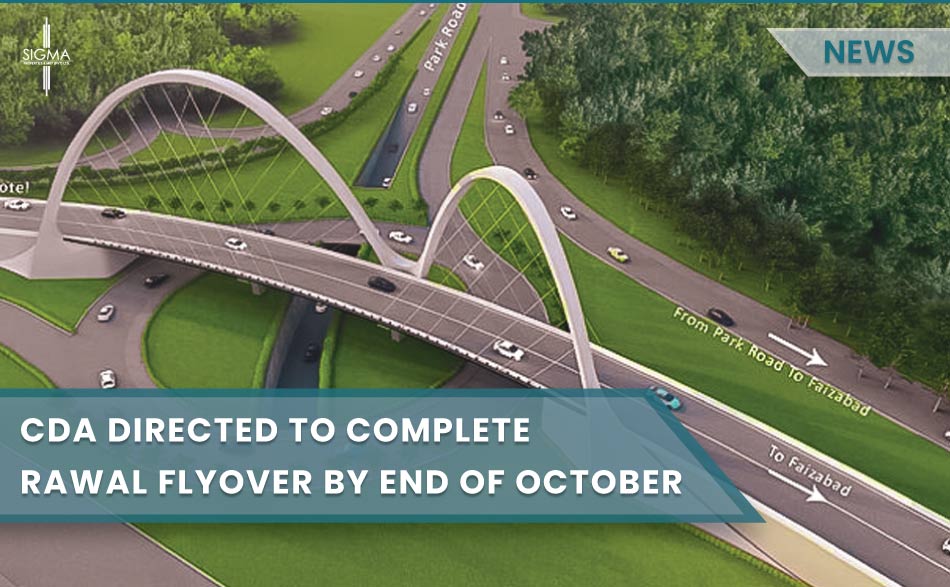 CDA Directed To Complete Rawal Flyover By End Of October

The traffic police allowed an alternate traffic plan on Monday as the CDA directed to apex civic agency to complete the Rawal flyover by the end of October. The deadline for the project was December of this year. However, keeping in mind the problem that citizens face, the authorities directed the agency to complete it before its deadline, so the people might not face traffic problems anymore. The concerned authorities start work in a double shift to achieve the goal of completing the Rawal flyover by the end of October.

Although the Islamabad traffic police have issued an alternate route till October 31, the residents are still having problems. The people who used Murree and Bara Kahu way to reach Rawalpindi and Expressway will use Srinagar highway, Zero point, and Faizabad interchange. And the passengers who use IJP road to get Murree and Bara Kahu will use 9th Avenue, Srinagar highway, Kashmir chowk and Muree road. The people who use park road to reach Rawalpindi through Rawal Dam chowk will turn to take Lehtar Road, Khanna pulls, Expressway, and Faizabad interchange. Syed Karar Hussain, SSP Islamabad traffic police, instructed the folks to avoid unnecessary traveling and cleared his aim to facilitate the people with the best traffic services.

Furthermore, Muhammad Tahir, project head, informed our news reporter that the authorities had completed 90% of work on slip road besides service road for people who travel from Rawal flyover chowk to Faizabad . in addition, the authorities also completed 50% of work from Faizabad to Islamabad club road and Serena Chowk. The construction of slip roads would give easiness to people and heavy traffic coming from Kashmir and Murree and for those who go back from Faizabad.

If you interested to know more: LDA Decided To Demolish 195 Illegal Shops In Lahore Township