Owners of CDA Acquired Land will be compensated 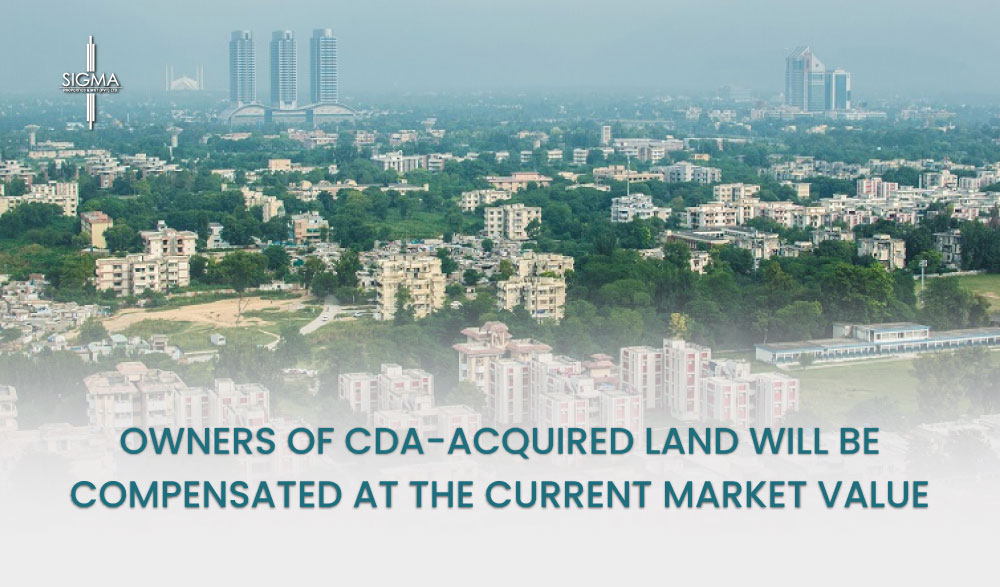 On Monday, the Islamabad High Court (IHC) decided 35 identical petitions demanding compensation for thousands of people who acquired lands for residential development in the Federal Capital.

Chief Justice Athar Minallah wrote in the landmark decision that the Capital Development Authority (CDA) had abused its powers to acquire land from villagers to build sectors primarily for the wealthy. On the other side, the villagers who had been affected were still going from pillar to post to receive compensation for the land they had inherited.

Some of the petitions had been waiting for more than ten years.

The court ruled that they should compensate affected landowners based on the current market worth of their property. It also ordered the federal government to adopt a unified land compensation policy for residential development.

The judgment revealed prejudice, as civic institutions had failed to compensate about 11,000 impacted villages for decades.

“A substantial number of plots were awarded at throwaway rates to CDA personnel over the same period, including individuals who had served as chairmen and members of the Board,” according to the judgment.

Plots in open spaces and green areas in the most sought-after developed districts were established for them, according to Justice Minallah.

The plots were also given to public officials from specific categories, such as journalists and attorneys, at far lower prices than the market rate.

According to the ruling, the CDA personnel and officials were given 23,844 plots, while “other privileged groups” were given 7,127 plots for minimal sums.

“Facts submitted on record throughout the proceedings demonstrated the worst and inconceivable type of misuse of land acquisition or the state’s power of an eminent domain, and the ensuing grave infringement of fundamental rights of the victims whose properties were or are being condemned,” the court said.

“The petitions in hand were simply the tip of the iceberg,” Justice Minallah remarked, “and the material brought on record afterwards was stunning and unimaginable in a nation that purports to be governed by the Constitution.”

They started the procedure for obtaining land after the government passes the CDA ordinance, and the first award was announced on February 12, 1961.

Policies and rules were introduced from time to time to ‘compensate’ the landowners. According to papers filed with the court by the CDA, a total of 304.62 square kilometres of land has been acquired thus far.

For reasons best known to the CDA, they implemented a later practice of acquiring land and built-up assets. The honours were announced separately, rather than at the same time. So far, the CDA has announced 527 land acquisition awards and 158 built-up property awards.

In some situations, land awards were made a decade ago, but awards for built-up properties have been postponed and are still pending.

“This practice of announcing separate awards has generated insurmountable obstacles because it has subverted the purpose of compensation,” according to the court judgment.

The total unpaid sum against the admitted compensation claims for acquiring land was PKR 8.0224 billion when the CDA filed its first report.

While the cases were pending before the IHC, some payments were provided to the affected people through the CDA’s intervention, but based on awards declared decades previously.

The paltry remuneration was dubbed “copper for gold” by Justice Min Allah.

The CDA recognized the right to assign 10,739 plots to persons who had their land acquired.

The commission, which included MNAs Asad Umer, Ali Nawaz Awan, and Raja Khurram Nawaz, appeared powerless in the face of the complicated difficulties produced by bad governance and an incompetent executing agency ruling.

ACCORDING TO THE PANEL, the CDA’s directorate of land and rehabilitation and other CDA agencies responsible for resolving the hardships and grievances of impacted property owners had not been entirely functional.

Justice Minallah, on the other hand, affirmed the deal reached between the F-14/15 victims and the Federal Government Employees Housing Authority.