Balochistan and the Centre Agree to Work Together On Uplift Programs 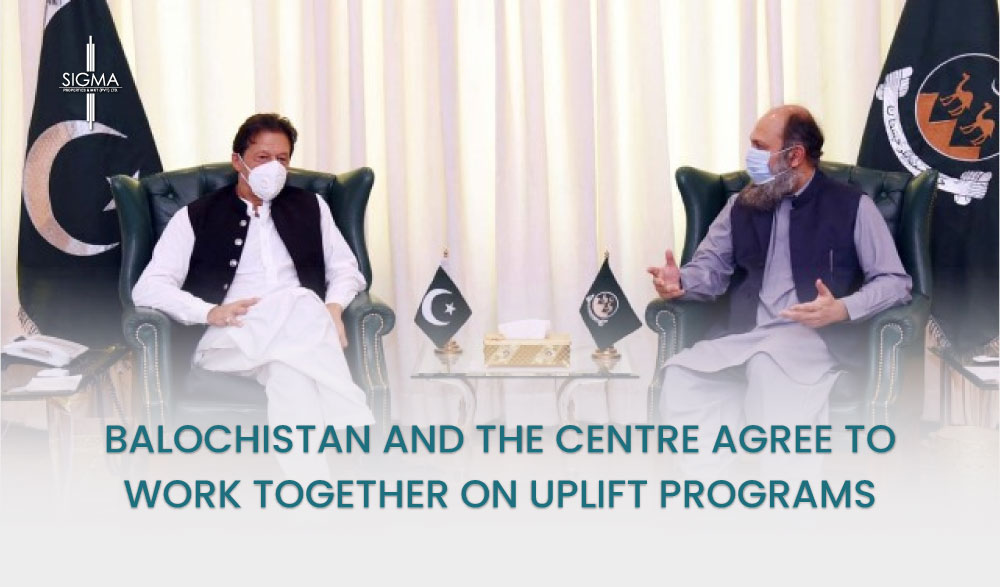 Balochistan and the Centre Agree to Work Together On Uplift Programs

The federal government’s efforts for socio-economic development, the Sustainable Development Goals, the Universal Health Care, the Public Sector Development Program (PSDP) Automation System, and the Budget 2021-22 were all reviewed at the conference.

The chief minister announced that the PSDP had established an automated system, and its app would be able to trace the data of each scheme via barcode for the first time in Balochistan’s history.

You may also like, Balochistan Budget Ignored Gwadar First University

He stated that initiatives are being done to attract private investment in various sectors. Two firms have been established to begin projects and attract investment in the mining and mineral industry.

The chief minister stated that a master planning agreement had been made with the Punjab government to restore the attractiveness of the provincial capital and provide optimum facilities to its citizens.

He mentioned that the province had adopted a digital policy for the first time. Access to the Information Act had also been granted following its adoption by the provincial legislature. He added that the budget information is only meaningful if people understand it, and the concerned department has developed a Citizen Budget Book to that end.

During the meeting, the deputy chairman of the Planning Commission emphasized the importance of beginning a discourse for the country’s development projects. He stated, “The employment of contemporary technologies is crucial for the development projects of the cattle and agriculture industries, as well as water conservation.”