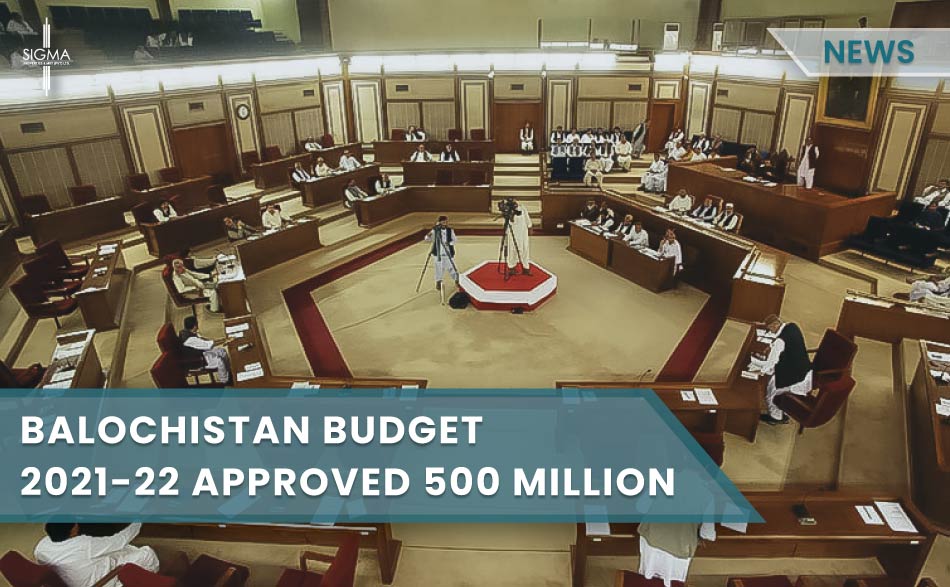 Mahjabeen Sheeran, Parliamentary Secretary for women development, stated that Balochistan budget 2021-22 approved Rs500 million for women empowerment. The provincial government is executing the vision of Chief Minister Jam Kamal to empower women so that they could play an essential role in the prosperity of Balochistan. She informed when inaugurating a building of women development on Saturday.

The women development department was taking initiatives to facilitate them with maximum facilities and provide betterment to women on divisional and district levels.

The government allocated Rs500 million in the Balochistan budget 2021-22 for the women in the public development sector program for the current fiscal year. This project would help uplift women in Balochistan who was facing a consistent decline in economic stability for a long time.

The government is establishing centers for women empowerment in the province. And the government is also taking an advancement toward an unusual step to develop digital libraries for women. Women are the most important part of society. They should go parallel with men to contribute to the economy of the country. This step would bring them forward and give a go-up call to the vision of the chief minister.

Women empowerment department would also solve the problems which the women in prisons of the province are having. The government would build six women facilitation centers in the jails of Balochistan to facilitate them with equal resources.