Call for the Cases against Bahria Town Demonstrators 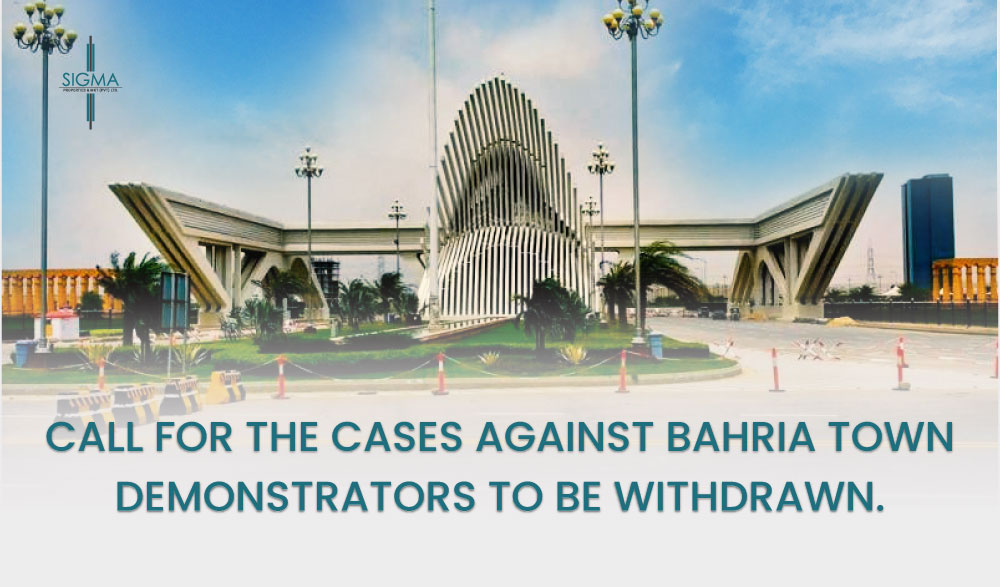 Call for the Cases against Bahria Town Demonstrators to be Withdrawn

On Sunday, dozens of Sindh local people demonstrated outside the National Press Club in Karachi, opposing the Sindh government and Bahria Town Karachi (BTK) for illegally filing fake FIRs against protesters connected with the June 6 incident. So, the BTK protesters call for the withdrawal of the cases against them.

On June 6, the native people of Sindh, whose land had been confiscated for the construction of Bahria Town Karachi BTK, conducted a peaceful protest outside the gate of Bahria Town. According to the protesters gathering, they claimed that the demonstrators outside Bahria Town had nothing to do with the violence and fire inside the town. They noted, however, that they were charged with the FIRs to stop their protests.

Read more: Punjab To Get The Largest Share From The Federal Divisible Pool.

One of the protesters, Rizwan Haider, claimed that a conspiracy led to the punishment and detention of many Sindh local people and patriotic leaders in connection with the June 6 tragedy to silence their objections to Bahria Town Karachi BTK.

According to the FIR, nationalist leaders like Qadir Magsi, Jalal Mehmood Shah, Sanan Qureshi, and Jan Mohammad Junejo assembled outside the BKT main gate with 8,000 to 10,000 people to deliver speeches against the housing project and incite people to violence.