Minister says 97 pc of uplift funds have been utilized 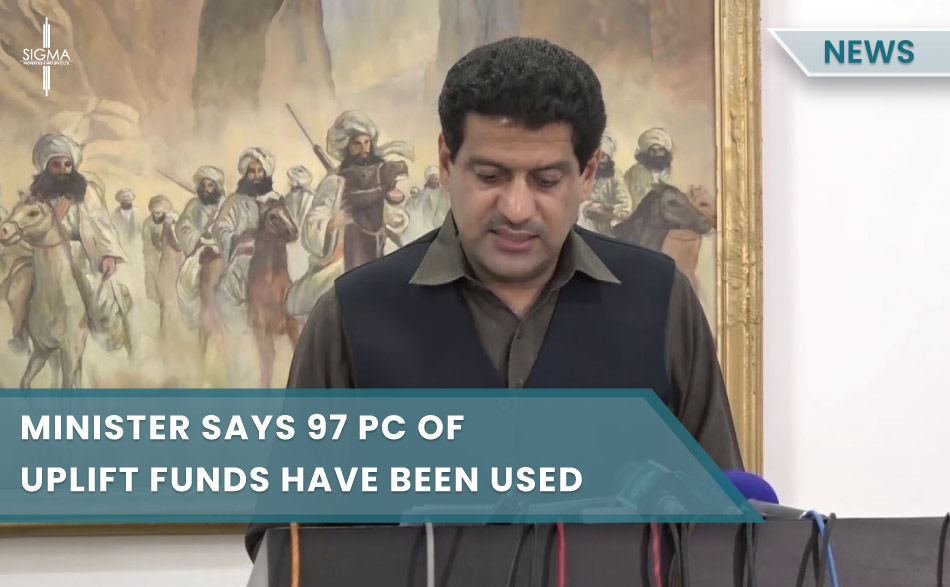 Minister says 97 pc of uplift funds have been utilized

The minister denied the opposition parties’ argument that development money lapsed because departments failed to use them at a press conference on Thursday. Nevertheless, he stated that PKR 1.8 billion could not be used out of the 97 pc of uplift funds due to various factors, including the opposition’s ongoing cases before the Supreme Court.

Mr. Buledi stated that the budget for the coming fiscal year would be PKR 584 billion, with PKR 237 billion in PSDP and PKR 340 billion in non-development spending. He added that the PSDP comprised PKR 16 billion in foreign support and PKR 48 billion in federal government money.

He claimed that the opposition was attempting to confuse the public by spreading rumors that there was no budget spending while it was clear that there has been a utilization of 97 pc of uplift funds. Their financial management has lowered their throw forward from PKR 288 billion to PKR 200 billion. According to the finance minister, 859 development initiatives would be completed in the 2021-22 fiscal year, compared to 1,647 in the previous fiscal year.

You may also like, Balochistan Government Gave Approval to Division and Two New Districts.

The minister clarified that there had been a deletion of the names of opposition members from the FIR. Hence their protest relating to the June 18 event was no longer justified.

“On June 18, the entire nation watched as parties claiming to be defenders of democracy violated democratic norms. They have barricaded the Balochistan Assembly’s gates,” he remarked, adding that the opposition must apologize for its actions.

He emphasized that if the opposition sought a legislature meeting, the government would undoubtedly attend and react to their concerns.

He was ignorant that the media were not permitted to enter the Bijli Road police station. He believes the police action was performed as a precaution.

According to the finance minister, the coalition parties have doubts and resentments about the uplift funds utilized. “Sardar Yar Mohammad Rind is a trusted ally and a well-respected individual. He has decided to quit on his own. “He has been urged by the chief minister to rescind his resignation,” he stated.

He said that the government’s obligation under Article 120 of the Constitution is to create, present, and approve the budget. He went on to say that allegations of unelected officials being rewarded in the budget were unfounded.